We are with you till the end, NCP assures Uddhav Thackeray

It is the responsibility of all three parties to save MVA, says Ajit Pawar 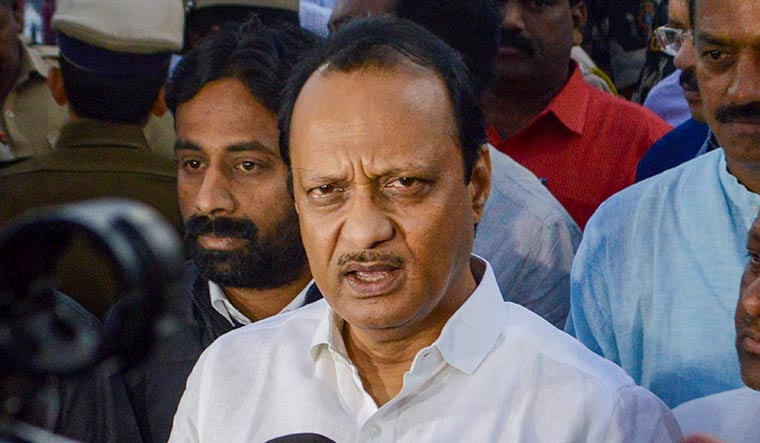 Nationalist Congress Party leader and Maharashtra Deputy Chief Minister Ajit Pawar, on Thursday, said his party will stand by Chief Minister Uddhav Thackeray till the end, amid the political crisis in Maharashtra following the rebellion led by Shiv Sena leader Eknath Shinde, while NCP chief Sharad Pawar said situation in the state will change once MLAs who are with Shinde return to Mumbai.

"It is the responsibility of all the three parties (the NCP, Congress and the Shiv Sena) to save the government. Only Sanjay Raut knows why he made such a statement," Ajit Pawar said reacting to Shiv Sena leader Sanjay Raut's offer to rebel leaders that Sena can consider walking out of the Maha Vikas Aghadi alliance if they returned to Mumbai in 24 hours and discussed their issues with CM Thackeray.

“I will call CM and ask him why Sanjay Raut made such a statement. Did Raut give this statement only to bring back the rebel MLAs of Shiv Sena? I will discuss with CM on Sanjay Raut's statement,” he said.

Ajit Pawar said the NCP is keeping an eye on the political situation unfolding in the state.

Sharad Pawar said, "Everyone knows how the rebel Shiv Sena MLAs were taken to Gujarat and then Assam. We don't have to take the names of all those assisting them...Assam government is helping them. I don't need to take any names further."

NCP leader Chhagan Bhujbal too reiterated his party's support to Thackeray, saying, "We stand with CM Uddhav Thackeray and will support him till the last moment."

"We have numbers for the government as no MLA of Shiv Sena has resigned nor Shiv Sena has expelled anyone from the party," he was quoted as saying.