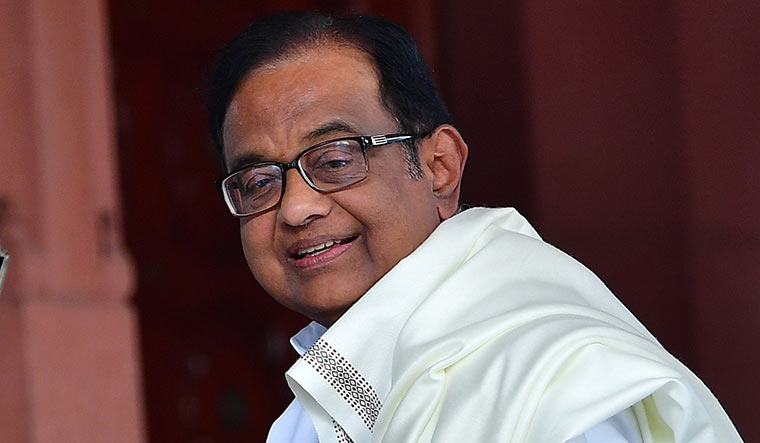 Senior Congress leader P. Chidambaram, who along with party colleagues participated in a protest march as Rahul Gandhi appeared before the ED, said three big, burly policemen crashed into him and he was lucky to get away with a "suspected hairline crack".

Congress leaders and workers took to the streets on Monday in Delhi and various state capitals as Rahul Gandhi appeared before the Enforcement Directorate in Delhi for questioning in the National Herald case.

"When three big, burly policemen crash into you, you are lucky to get away with a suspected hairline crack! Doctors have said that if there is a hairline crack, it will heal by itself in about 10 days," Chidambaram said in a tweet.

"I am fine and I will go about my work tomorrow," the former home minister said.

Congress' chief spokesperson Randeep Surjewala alleged that the Modi government has crossed "every limit of barbarism".

"Former home minister P. Chidambaram was pushed around by the police, his glasses were thrown to the ground, he has a hairline fracture in his left rib," Surjewala alleged.

Hundreds were detained for violating prohibitory orders in the national capital, where several top leaders had converged, and other cities as they tried to march to ED offices despite heavy barricading by the police and protested the agency's summons to the former Congress chief.

The opposition party alleged that some of its leaders were manhandled by the police and hit out at the government for "not allowing"' peaceful protests.