Nitish Kumar agrees to socio-economic survey of all castes, communities in Bihar 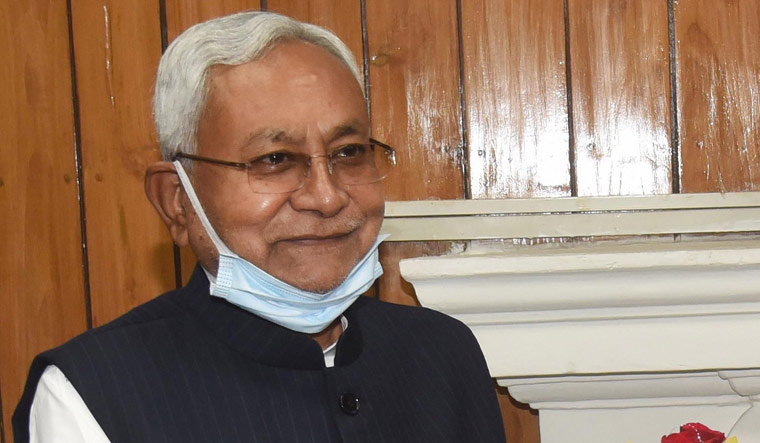 Bihar Chief Minister Nitish Kumar, on Wednesday, said his government will take up a socio-economic survey of all castes and communities in the state.

"We unanimously decided that a caste-based census will be done in a set time frame. Soon a cabinet decision will be taken and it will be available in the public domain," news agency ANI quoted him as saying, after chairing an all-party meeting on the issue.

He said the aim of the survey is to ensure that every section of the society progresses properly.

The CM said all parties unanimously supported the proposed move, and clarified that there was no opposition from anyone.

At the meeting, leader of the opposition Tejashwi Yadav represented the RJD, while the BJP, which has been facing criticism following the Centre's refusal to conduct such a census, had Deputy Chief Minister Tarkishore Prasad and state unit chief Sanjay Jailswal among its representatives.

Reacting to the chief minister's announcement, Yadav claimed that it is his party's win. "It is a caste-based survey, not a census. It is our win. Today we suggested (in the all-party meeting) that social anthropologists should be included in this. Central govt should support it financially. This survey is in the interest of people of Bihar."

"We have said to bring the (bill) in the next cabinet meeting and start it in the month of November. During Chhath puja people who reside outside Bihar will also come to the state and till then we can complete preparations for it," ANI quoted the RJD leader as saying.

Meanwhile, Union Minister Giriraj Singh, a few hours before the all-party meeting, said the proposed caste survey must exclude infiltrators like Bangladeshis and Rohingyas, who are not acknowledged to be so because of politics of appeasement. He said he fully supported of the state government's move for a caste survey despite the Centre's refusal to conduct one.