"RSS claims to be the sole protectors of Hindus, but supports only BJP" 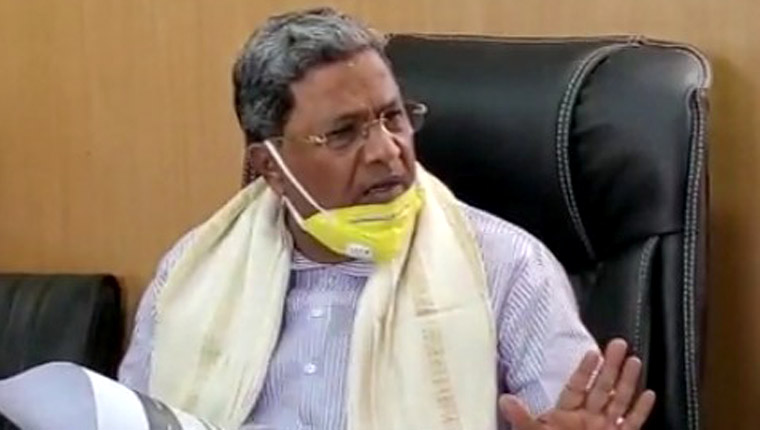 Continuing his attack against the  Rashtriya Swayamsevak Sangh (RSS), calling it a "Aryan" organisation, senior Congress leader Siddaramaiah on Saturday urged its leaders to come clean about their loyalty, whether it was for tricolour or saffron flag, constitution or Manu Smriti and  Mahatma Gandhiji or Nathuram Godse.

In a series of tweets, the Leader of Opposition in Karnataka Assembly questioned as to why RSS supports only BJP, what should be the criteria for one to be called a Hindus, and  why has the organisation reserved all their office- bearers position to just one caste.

Targeting the RSS, Siddaramaiah on Friday had questioned whether those who belonged to the outfit were "native Indians", "Dravidians" or "Aryans", eliciting sharp reactions from several ruling BJP leaders.

RSS is the ideological parent organisation of the ruling BJP.

"My (yesterday's) question was to RSS, but it is Karnataka BJP leaders who are answering. Why are they thumping their chest? Are the leaders of RSS incapable of answering?" Siddaramaiah questioned in tweet with "#AryanRSS"

Stating that the RSS claims to be the sole protectors of Hindus, but supports only BJP, he asked, "Don't they see Hindus outside BJP?"

"Based on what criteria has RSS decided that only BJP leaders are Hindus? According to the RSS, what should be the criteria for one to be called a Hindu?" he asked.

Chief Minister Basavaraj Bommai today sought to know whether Siddaramaiah was a Dravidian or Aryan, to counter the latter's jibe against the RSS on Friday.

Further questioning, in RSS's Hinduism, what is the status of Dalits and Backward classes communities, the former Chief Minister said, "Why has it been opposing the reservation and land reforms? Are the beneficiaries of these not Hindus?"

"To the RSS which claims that Hindus are one, why have they reserved all their office-bearer positions to just one caste? How many RSS office-bearers are from Dalits and backward classes?," he asked.

How is one identified as a Hindu according to RSS, is it enough to be born to Hindu parents or should one be a member of the BJP, the Congress Legislature Party leader chided.

"Why are RSS leaders not speaking on the issues of untouchability, inequality and superstition? If questioning social evils of Hinduism leads to branding one as anti-Hindu, what will you call Swami Vivekananda, Kanakadasa and Narayana Guru, who did the same thing?" he added.