The restrictions would remain in place until Thursday morning 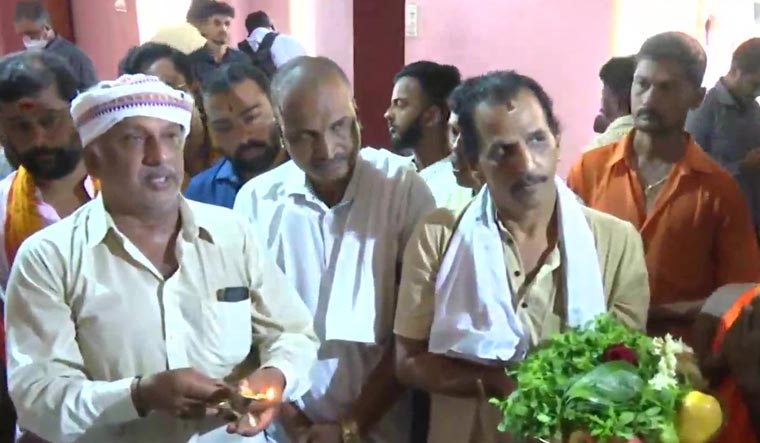 The Vishwa Hindu Parishad and other Hindu groups on Wednesday conducted a ritual at a temple in Malali near Mangaluru to ascertain the 'divinity' of a site there. Last month, during renovation work on an old mosque, the Malali Juma Masjid, in Malali, artefacts resembling architecture of a Hindu temple were, reportedly, found at the site. This had led to claims a temple existed there.

The Hindu groups conducted the 'Tambula Prashne' ritual at the Sri Ramanjaneya Bhajana Mandira in Malali. Local MLA Bharath Shetty, a BJP member, told Republic TV “The issue regarding the temples comes during the reformation of temples. While building a temple, we do this ritual. Tambula Prashne is done to find out through astrology whether some kind of godly forces are present or not. When Tambula Prashne comes positive, then they go with 'Ashtamangala Prashne’.”

Shetty emphasised the ritual was not done by the BJP, but by the people.

Sharan Pumpwell, a VHP leader, said the outfit would perform another ritual on Wednesday to ascertain “Which temple was there and how it is connected with the other temples in the area.”

The VHP had claimed there was presence of lord Shiva at the mosque.

On Tuesday evening, the government had imposed Section 144 in the vicinity of the Malali Juma Masjid. The restrictions would remain in place until Thursday morning.

The Mangaluru Police said the situation was peaceful. Mangaluru Police Commissioner N.S. Kumar said “Hindu organisation held a ritual today that started at 8.30am and continued till 11am. Force deployed wherever necessary. Villagers ensured no untoward incident will happen. Both parties have agreed to fight it in court.”