India first bought the helicopter in 2003 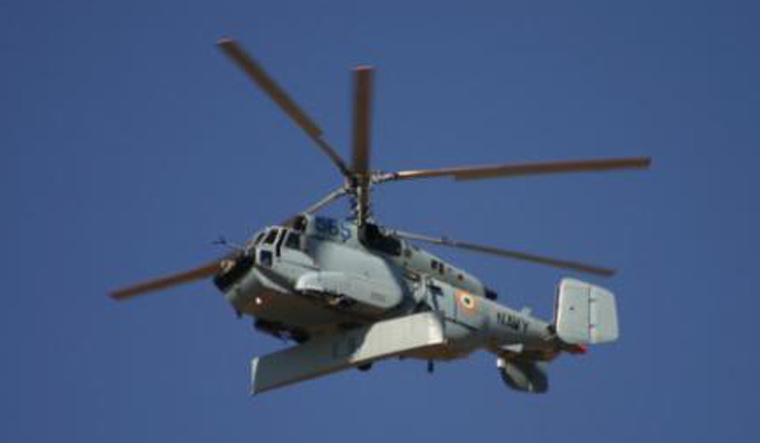 Ever since the conflict in Ukraine began, there have been concerns about how the fighting would affect Russian arms sales to India.

This has been attributed to two major factors: Geopolitical pressure on India to move away from Russian weapons and worries that sanctions and the Ukraine conflict would disrupt supply chains for critical components.

On Tuesday, a US media outlet reported India had halted negotiations with Russia to purchase 10 Ka-31 airborne early-warning helicopters. Defense News reported India had “indefinitely” suspended negotiations with Russian state-owned arms conglomerate Rosobornexport. Defense News reported the “suspension is due to concerns over Moscow’s ability to execute orders as well as issues related to payment transfer”.

Defense News pegged the cost of the 10 helicopters at $520 million. The Indian Navy is believed to operate between 12 and 14 Ka-31 helicopters. It first bought the helicopter in 2003.

The Indian government cleared the Indian Navy's request to buy additional Ka-31 helicopters in 2019, but negotiations with Russia had been bogged down. “Acquisition talks resumed in February 2022 after negotiators settled on a price of $520 million for 10 Ka-31 helicopters, but the effort hit another snag when officials couldn’t agree on a rupee-ruble currency mechanism,” Defense News reported.

The 10 helicopters had been earmarked to serve on the new aircraft carrier Vikrant, which is undergoing sea trials, and other ships. “Four have been earmarked for deployment aboard INS Vikrant... The remaining six AEW helicopters are intended for four under-construction Project 11356M Talwar-class frigates...” Shephard Media, a British outlet, reported in February.

Why the Ka-31 matters

The Ka-31 is equipped with a rotating radar called the 'Oko' to detect targets up to 200km away.

Systems like the Ka-31 are vital to extending the radar coverage of the Indian Navy. Radars on board ships have a limited 'horizon'—the maximum distance at which a radar can pick up surface or low-level targets. Radars on ships are impeded in their capability to detect and track low-flying targets, in particular anti-ship missiles. The height at which helicopters operate give their radars a longer horizon and improved range to detect low-flying anti-ship missiles.

The need for comprehensive surveillance around ships in combat zones was illustrated by the sinking of the Russian Navy cruiser Moskva in April. Ukraine claimed the ship was hit by two missiles it had fired.

In fact, the evolution of modern helicopter-borne AEW systems can be traced to the vulnerability of British Royal Navy ships to Argentine missile attack during the Falklands War of 1982. After the war, the Royal Navy developed and deployed an AEW system on its Sea King helicopters.

The helicopter-borne AEW system is considered a compromise solution for navies that lack large aircraft carriers, which can launch fixed-wing aircraft equipped with radars.

Systems like the Ka-31 have inferior parameters—such as lower radar capability, operating height and speed— when compared with the US-built E-2 Hawkeye, which is operated by the US and French navies. China is also testing a fixed-wing AEW capability.