Some serving officers, veterans have reservations about proposal 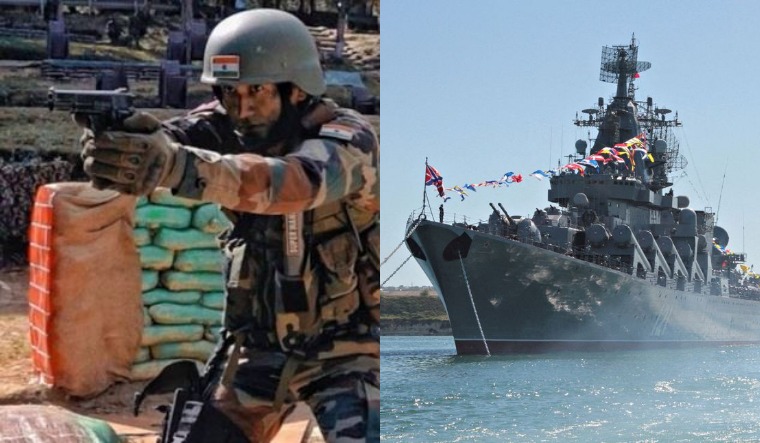 In May 2020, reports emerged that the Narendra Modi government was planning a new recruitment method to enable civilians to serve in the military for short periods.

The plan, referred to as 'Tour of Duty', envisioned the recruitment of people for periods of three-to-five years, including training. A key consideration in favour of the scheme is the cost savings, in terms of pension and other benefits. PTI had reported in 2020, “The cumulative approximate cost of pre-commission training, salary and other expenses is nearly Rs 5.12 crore and Rs 6.83 crore on an officer if he or she is released after 10 and 14 years, respectively. However, similar cost for those released after three years would be just Rs 80 lakh to Rs 85 lakh each.”

However, some serving and retired armed forces personnel have reservations about the 'Tour of Duty' proposal. These dissenting voices point to effects on morale if personnel leave at regular periods and also efficiency, particularly in technology-intensive roles.

Interestingly, some veterans referred to the ongoing conflict in Ukraine as an example of dangers of inadequate training.

Retired admiral Arun Prakash, who had been Indian Navy chief, tweeted about the circumstances under which the Russian warship Moskva sank last month. Ukraine had claimed it fired missiles at the Moskva. The Moskva was the largest warship to have sunk in a conflict since the Second World War.

Prakash tweeted on Sunday “As in air combat, it is the astute deployment of weapon platforms & their competent tactical manoeuvring that decides outcomes at sea. Positioning a 12500 ton cruiser so close inshore was a bad idea. Losing it to 2x160 kg warheads speaks of a 'Tour of duty' crew.”

Anil Jai Singh, a retired commodore who is vice president of the Indian Maritime Foundation, tweeted on Monday about the poor quality of conscripts in the Soviet Navy.

Jai Singh wrote, “We sailed with the Soviet crews and are aware of the incompetence, lack of commitment and indifference to professionalism of the 'dwa rublei matros' as the conscripted 'Tour of Duty' sailor was derisively called in his own Navy. Can the IN accept this on its sophisticated ships?”

The Indian Express reported on Monday that formal implementation of the Tour of Duty scheme could be delayed as the Indian Army, Navy and Air Force had set up subcommittees to examine the proposal.

The Indian Express reported “There are fears that such rapid turnover of soldiers will be detrimental to the efficiency of the branches and trades in which they serve. The same holds true for the Navy and the Air Force too as they have even more specialised branches in which personnel often deal with highly sophisticated equipment which require many years of training. It is believed that while the higher echelons of the government have noted these concerns, and accordingly set up sub-committees to address them, there is no change in the belief that the Tour of Duty concept of recruitment is the way ahead.”