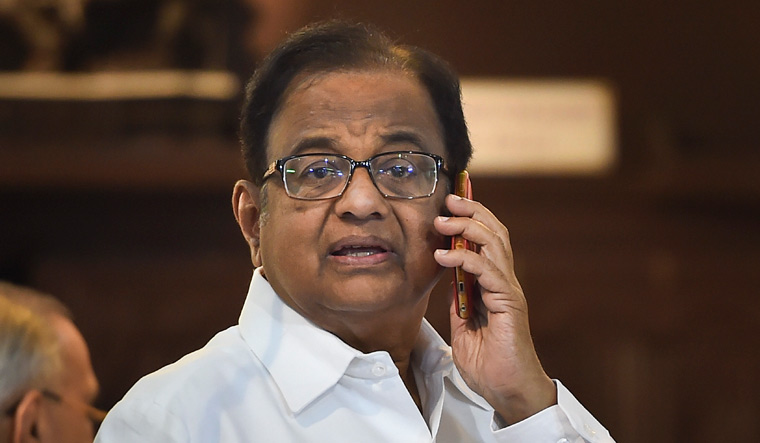 Alleging that Chidambaram is playing with the sentiment of the Congress party, the lawyers claimed that it was not appropriate for him to represent the company when West Bengal Congress chief Adhir Chowdhury is fighting the case challenging the Trinamool Congress government's sale of shares of Metro Dairy to the private company.

One of the participants in the protest, lawyer Kaustav Bagchi said the former Union Finance Minister was appearing for an entity whose purchase of shares was being objected to by the West Bengal Pradesh Congress Committee president.

He said he led the protest "as a Congress worker" and not as a lawyer and added that party workers will mete out similar treatment to any leader who acts against the interests of Congress in West Bengal.

Chowdhury, when contacted by PTI, said that the protest was a "natural" reaction from some Congress supporters.

"I have heard that some Congress supporters present at Calcutta High Court protested. I believe this was their natural reaction," Chowdhury said from Berhampore.

On party colleague Chidambaram fighting the case, Chowdhury said that in a professional world one has the right to choose his or her options.

"It's a professional world. It depends on the person ... nobody can dictate to him or her," he added.