“Food, dress, language and festivals are being used to polarise society” 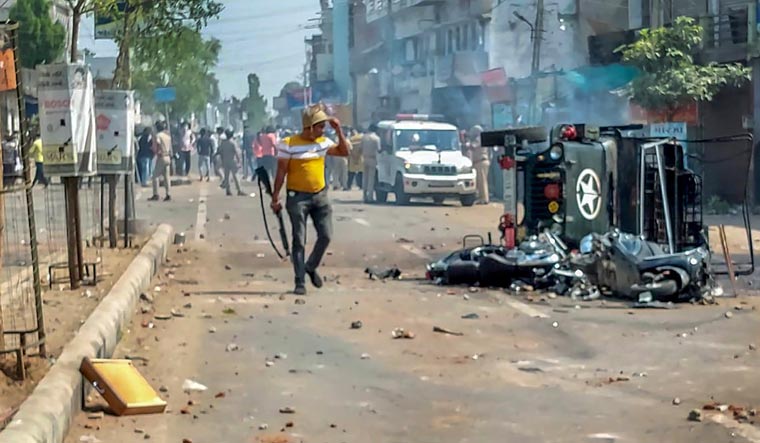 In the wake of the recent incidents of communal violence and hate speeches in the country, leaders of 13 opposition parties on Saturday issued a joint statement urging people to maintain peace and harmony and questioning the “silence” of Prime Minister Narendra Modi. The leaders, including Congress president Sonia Gandhi, NCP supremo Sharad Pawar, West Bengal Chief Minister Mamata Banerjee and her Tamil Nadu counterpart M.K. Stalin, also raised concern over the manner in which food, dress, faith, festivals and language "are being used" to polarise society.

“We are extremely anguished at the manner in which issues related to food, dress, faith, festivals and language are being deliberately used by sections of the ruling establishment to polarize our society,” they said. The leaders also raised concerns over the growing number of hate speeches by people “who appear to have official patronage and against whom no meaningful and strong action is being taken”.

The opposition parties pointed out reports which indicated a sinister pattern in the incidents of communal violence in the country. “Incendiary hate speeches preceded the aggressive armed religious processions unleashing communal violence,” they said.

Several states had reported violence during the Ram Navami celebrations last week with one person each killed in Gujarat and Jharkhand. Violent clashes were reported in Madhya Pradesh and West Bengal also. In Delhi, two groups of students clashed at the prestigious Jawaharlal Nehru University (JNU) allegedly over serving of non-vegetarian food on Ram Navami in its mess, with police saying six students were injured.

The violence over Ram Navami celebrations took place days after Karnataka witnessed massive protests and clashes over the hijab row.

“We are extremely pained at the manner in which social media and the audio-visual platforms are being misused with official patronage to spread hatred and prejudice,” the opposition leaders said.

They alleged that the prime minister had failed to speak against those who propagate bigotry and incite violence. “This silence is an eloquent testimony to the fact that such private armed mobs enjoy the luxury of official patronage,” they said.

The opposition leaders further appealed to all sections of people to maintain peace and foil the sinister objective of those who try to sharpen communal polarisation. They also called upon their respective party units across the country to independently and jointly work for maintaining peace and harmony.

“We reiterate our collective resolve to work together to strengthen the bonds of social harmony that have defined and enriched India for centuries. We reiterate our commitment to combat and confront the poisonous ideologies which are attempting to entrench divisiveness in our society. We reiterate our firm conviction that our country will prosper only if it respects, accommodates and celebrates its many diversities in full measure,” they said.