MP Tapir Gao claimed he was abducted by the PLA 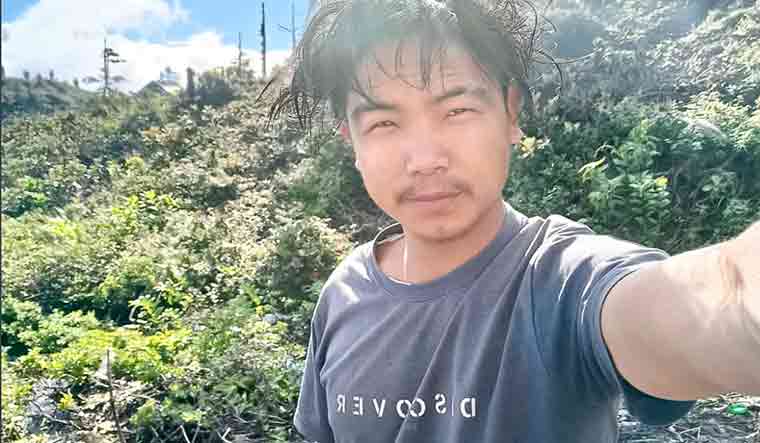 The Indian Army has approached the Chinese People's Liberation Army (PLA) to locate a 17-year-old boy who went missing from Upper Siang district of Arunachal Pradesh.  On Wednesday, Tapir Gao, Member of Parliament from Arunachal claimed that the PLA has “abducted” the boy identified as Miram Taron from the Lungta Jor area under the Siyungla area.

Official sources said that the Indian Army immediately contacted the PLA through the hotline and informed that an individual, who was collecting herbs and hunting, has lost his way and cannot be found. "Assistance from the PLA has been sought to locate the individual on their side and return him as per established protocol," a defence official said.

For nearly 20 months, Indian and Chinese troops have been locked in a standoff in eastern Ladakh and multiple rounds of military and diplomatic level talks have not yielded much result on the ground.  In the last round of Corps Commanders level talk on January 12, which was 14th in the series, China had refused to disengage any further from the friction points, while the Indian military was expecting a positive outcome on Hot Spring (Patrolling Point 15) area.

But, with latest satellite images of China building a bridge across the Pangong lake in Khurnak, in an area claimed by India, the situation has become more complicated for Indian negotiators. The bridge is eight metres wide and more than 400 metres long, is expected to be completed in the next few months and will allow the Chinese military's swift mobilisation.  China had captured the Khurnak Fort area in the late 1950s and then expanded its control westwards to the Sirijap area during the 1962 war. And military observers believe that it will cut down a distance of 180km on the highway that connects Tibet with Xinjiang. Pangong Tso is partly in Ladakh and partly in Tibet, as India occupies one-third of the lake. And the bridge is being built at a spot where the two banks of the lake are about 500m apart.

On January 6, the external affairs ministry accused China of building the bridge in an area occupied illegally for 60 years.  The construction of the bridge was raised by the Indian military during the 14th round of talks.

Last month, China's Ministry of Civil Affairs had announced that it had standardised in Chinese characters, Tibetan and Roman alphabet the names of 15 places in Zangnan, the Chinese name for Arunachal Pradesh. China claims some 90,000 sq km of Arunachal Pradesh as its territory and calls it Zangnan.

India reacted sharply to the Chinese move by saying that Arunachal Pradesh has always been, and will always be an integral part of India. "Assigning invented names to places in Arunachal Pradesh does not alter this fact," an MEA official said.

Last week, Army Chief General M.M. Naravane while claiming that the situation in Ladakh is "stable" and "under control", said that in the last 18 months, the Indian military has increased its capabilities multifold on the northern Borders with China." We are much better prepared to meet any challenge," General Naravane has said.

As the military standoff with China on eastern Ladakh is nowhere close to its end, the Indian military has also strengthened its infrastructure on the border areas in the last two years for faster movement of its troops to meet any untoward situation. Border Roads Organisation recently inaugurated 27 new roads and bridges, many of them close to the China border.