If India is not ready to come to Islamabad, it can join virtually, Pak said 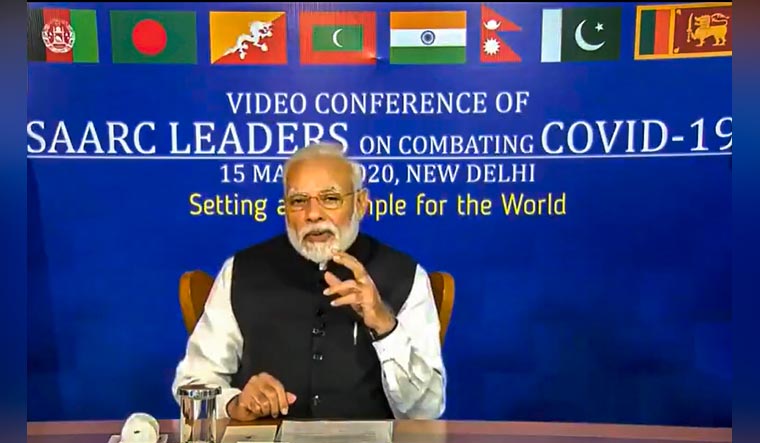 India remains undecided on attending the South Asian Association for Regional Cooperation (SAARC) summit, even as Pakistan Foreign Minister Shah Mahmood Qureshi said India can attend the event virtually, if it is not ready to join for the summit in Islamabad.

On Monday, Pakistan “reiterated” an invite to India for the summit, which has been pending since 2016. In a press conference, Qureshi said Pakistan was considering sending a formal invite to all members, including India.

“I reiterate the invitation for the 19th SAARC summit. If India is not ready to come to Islamabad, it can join virtually...but it should not stop others from attending..,” Qureshi said.

He accused India of making SAARC dysfunctional through its “stubbornness''  by refusing to come to Islamabad for the meeting.

The SAARC summit that was to be held in Islamabad in 2016 was called off after the Uri attack. India was not the only country that that decided to stay away from the summit. Bangladesh, Afghanistan and Bhutan refused to go to Islamabad. It is no secret that in a tug of loyalty, the three countries would have chosen to throw in their lot with India.

The SAARC summit dream is one that Prime Minister Imran Khan has nurtured since he was elected, but remained highly elusive. This time round, Pakistan appears to believe that it has a better chance of getting representation—especially from Afghanistan—but the summit will not be a feather in its cap unless India attends.

The India-Pakistan relations, plagued by hostility and suspicion, has always loomed large on SAARC, ensuring that the regional grouping never realises its potential. In 2020, in the wake of the spread of coronavirus, India made an attempt to use the pandemic as a reason to bring the countries together in the same platform, at least to find solutions for the problems at hand even if the larger issues that plague the relations are not resolved. The virtual format may have been ideal for the same, but the politics of Kashmir played spoilsport and Khan refused to attend the event.

India made its stance clear on the objectives it hopes to achieve through SAARC. "Cross-border terrorism, blocking connectivity and obstructing trade are three key challenges that SAARC must overcome. Only then will we see enduring peace, prosperity and security in our South Asia region,"  tweeted External Affairs Minister S. Jaishankar  after addressing the informal SAARC foreign ministers' meeting in 2020. For India, which is part of other groupings that include the other members in the region, SAARC isn't a priority.

This is not the first time that Pakistan chose to pin the blame for the dysfunctionality of SAARC on India. Last year, the SAARC foreign affairs ministers' meeting could not be held on the sidelines of the United Nations General Assembly as Pakistan insisted on Taliban representation at the meeting. The year before that, Qureshi boycotted the opening statement by the his Indian counterpart.

Pakistan will not engage with India "until and unless they lift the siege" in Kashmir, Pakistan Tehreek-e-Insaf party had then tweeted, announcing Qureshi’s decision to boycott the opening statement. "They must safeguard human rights of Kashmiris, ensure they are protected and not violated or trampled upon," it added.