This is the fifth Mig-21 crash this year 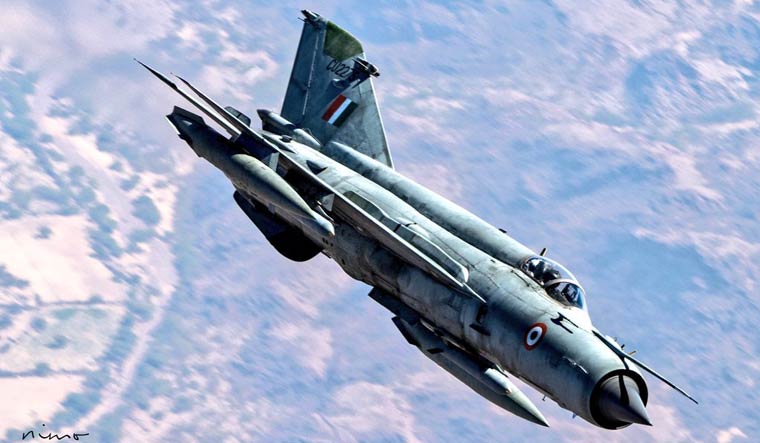 “This evening, around 8:30 pm, a MiG-21 aircraft of IAF met with a flying accident in the western sector during a training sortie," the IAF tweeted adding that an inquiry was being ordered.

This is the fifth crash involving a Mig-21 in 2021. The IAF’s oldest fighter jet has been in service for six decades, though the models fielded at present are heavily upgraded. Plans to replace the jet were drawn up since the 1990s with the proposal of the Light Combat Aircraft. However, with Tejas inducted only in 2019, the MiG-21 has continued flying, and is expected to do so until 2030.

Earlier this week, the Defence Ministry told the Rajya Sabha that Tejas was not being inducted as a replacement for the MiG-21 but rather as part of the IAF’s modernisation. The IAF faces a shortfall of fighters in order to meet its 42-squadron requirement for a two-front war.

This is a developing story