The Farm Laws Repeal Bill was passed during the session 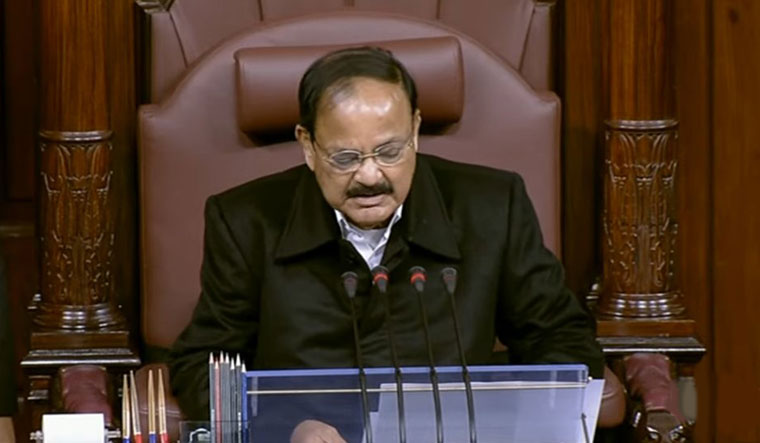 Both houses of Parliament have been adjourned indefinitely a day earlier than scheduled amid massive protests by opposition MPs. Rajya Sabha Chairman Venkaiah Naidu and Lok Sabha Speaker Om Birla brought an end to the winter session that began on November 29 and had 18 sittings.

The winter session of both houses was marked with recurring disruptions and adjournments.

In the upper house, there were protests following the suspension of 12 opposition MPs for their “unruly” behaviour during August's monsoon session.

"I urge all of you to...reflect and introspect if this session could have been different and better. I don't want to speak elaborately on the course of the session that would lead me to make a very critical view," he said.

In the Lok Sabha, there were protests over the hurried passing of bills, particularly that of the electoral reforms bill, which requires voters to link voter ID card to Aadhaar.

The Farm Laws Repeal Bill was also passed during the session.

Opposition members also demanded the resignation of minister of state Ajay Misra Teni in connection with the Lakhimpur Kheri killings.

The session had lost 18 hours and 48 minutes over the various issues raised by the opposition.

Prime Minister Narendra Modi, Home Minister Amit Shah, Congress President Sonia Gandhi were among those present in the House on the last day of the Winter Session.

Debates on COVID-19 and climate change were held during the session lasting 12 hours 26 minutes and six hours and 26 minutes respectively. While 99 members participated in the debate on the pandemic, the discussion on climate change, which remained inconclusive, saw the participation of 61 members.

The overall productivity of the Lok Sabha was 82 per cent, said Birla, before ending the winter session.