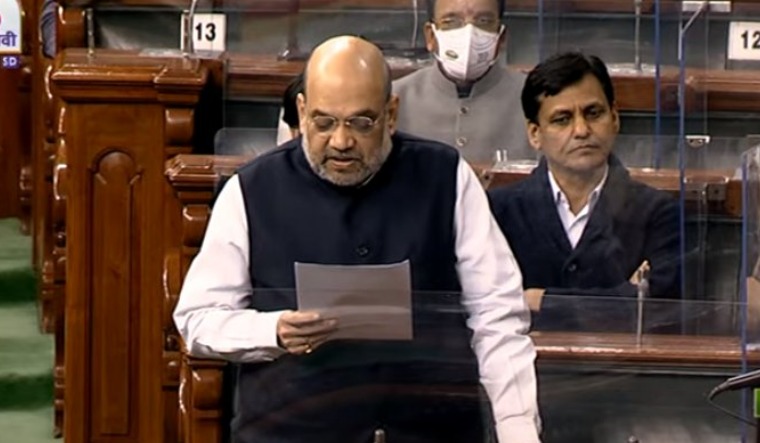 The Nationalist People's Party (NPP), the BJP's ally in Meghalaya, on Thursday alleged that Union Home Minister Amit Shah twisted facts when he said army para-commandos fired and killed six civilians in Nagaland after the vehicle carrying them tried to flee.

There was no security checkpoint where the incident occurred near Oting in Mon district and the road is so bad there, it is impossible for a vehicle to run away, said Tohovi Achumi, general secretary of the media cell of the Nagaland NPP.

Talking at the end of a party delegation's visit to Oting, Achumi said, We strongly condemn Amit Shah's statement. He has deviated from facts and twisted them. There were no security check-points at Oting nor were the victims trying to flee, as claimed by Shah.

On Monday, the Union home minister had expressed regret over the death of 14 civilians in Nagaland's Mon district in three consecutive episodes of firing by security forces, the first of which was a case of mistaken identity.

Narrating the sequence of events, Shah had told the Lok Sabha the Army had received information on the movement of insurgents in Mon and '21 Para Commando' unit had laid an ambush.

A vehicle was signalled to stop but it tried to speed away. Suspecting the presence of insurgents in the vehicle, the security personnel opened fire, leading to the death of six of its eight occupants.

Eight others, including an army man, were killed in a subsequent clashes between the force and villagers.

We have visited the ambush site. There is no question of any vehicle going by more than 10 kilometres per hour speed; the road is so bad. No vehicle can flee from there. Also, there are bullet holes in the windshield of the vehicle. How can someone be shot from the front if he was fleeing? the NPP leader said.

Achumi wondered why personnel of the state police and para-military force Assam Rifles were not there at the ambush site along with the army team.

It requires under AFSPA that local police and any other security agency operating in an area be informed before undertaking any operation by the army. That provision was clearly violated, he said. He demanded repeal of the Armed Forces (Special Power) Act (AFSPA) from the entire North-eastern region. The AFSPA empowers security forces to conduct operations anywhere and arrest anyone without any prior warrant

The party also pasted posters against the firing incident and the AFSPA at the border checkpoint between Assam's Charaideo and Nagaland's Mon districts.