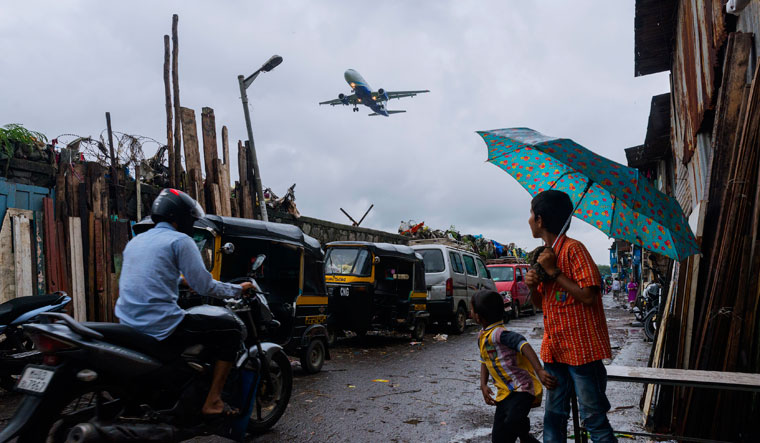 In the first Centre-state clash in several weeks over COVID-19 management, Maharashtra has been pulled up for introducing a slew of restrictions on the arrival of international passengers, as well as domestic passengers, over and above the standard operating procedure and guidelines issued by the Union health ministry.

With the scare of the new Omicron variant, Maharashtra yesterday brought out a new set of rules, which makes it mandatory for all international passengers to undergo a 14-day home quarantine, despite getting a negative report on the mandatory RT-PCR test upon arrival.

The state also made an RT-PCR test mandatory for passengers taking connecting flights after disembarking at Mumbai, with further travel allowed subject to a negative report. All domestic passengers travelling from other states into Maharasthra were told to furnish a negative RT-PCR report, the test taken 48 hours prior to the date of the journey.

In a letter to Maharasthra's additional chief secretary Pradeep Kumar Vyas, the Union health secretary Rajesh Bhushan has written that these new measures introduced are in divergence with the SOPs and guidelines promulgated by the centre.

“I would, therefore, urge you to align the orders issued by the state with the guidelines issued by the ministry of health and family welfare, Government of India, so that uniform guidelines may be ensured across all states/UTs.

“I would also advise that such modified orders of the state government are given wide publicity to obviate any inconvenience to travellers,” the letter states.

The state government has also made a seven-day institutional quarantine mandatory for all passengers arriving from “at-risk” countries, as identified by the Centre, with compulsory tests on days 2, 4 and 7.

The Centre has not objected to this measure. Its objections are to the sweeping measures on all arrivals.

Only yesterday, the Centre held a meeting to deliberate over the Omicron concern and issued directions to states to ramp up the test, track, treat and vaccinate protocol.

It had also asked states to send samples for genomic testing and to strictly monitor the quarantine of passengers from at-risk countries.

The Centre had asked states to ramp up on testing kits and also to ensure they had the requisite infrastructure to deal with a health issue—like ICU beds and oxygen concentrators and cylinders.

Yesterday, Union health minister Mansukh Mandaviya told Parliament that no case of the Omicron variant had been detected in India so far.

The new variant has put the country on alert, and even the proposed plan to open the air completely is now under a cloud. The plan was to start normal air operations from December 15.