Yesterday, Mamata invited Modi to inaugurate next summit in April 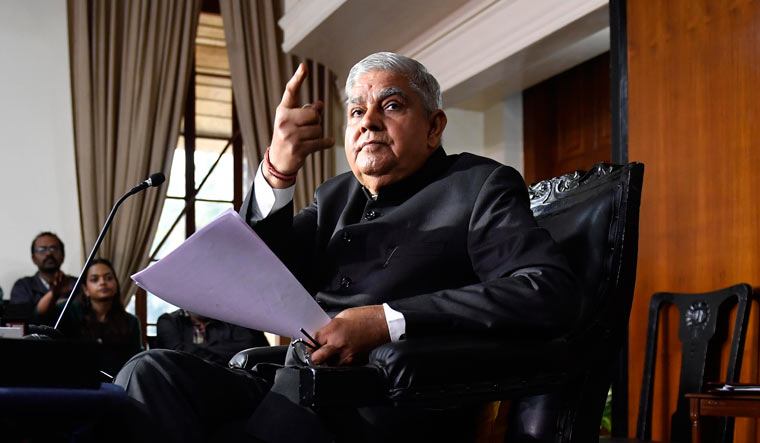 In August 2020, Dhankhar had sent a letter to former finance minister Amit Mitra who stepped down recently due to health reasons. He had sought the details of business summits since 2016. Mitra, however, had not submitted the information.

On Thursday, the governor reproduced the same letter and sent it to Mamata who is handling the finance portfolio also. He sought additional details of year-wise investment, amount spent to organise these summits--whether companies or FICCI funded them-- and details of MoUs signed, employment generation.

Dhankar wrote, “You would concede that attracting investment, it is essential that governance is in accord with constitutional prescriptions and rule of law with due concerns for human rights and democratic values. All these contribute to transparency and accountability. On all these counts, as it is felt in all quarters, there is a need for massive uplifting.”

The Trinamool Congress is yet to respond to the governor's letter.

Dhankar’s letter comes at a time when Mamata decided to bury the hatchet and invited Modi to inaugurate the summit. Sources said there were two reasons behind Mamata’s move. Firstly, the prime minister’s presence would attract big business groups to attend the event. Secondly, it would perhaps help her convince Modi to provide a bailout package as the state faces financial crunch.

It is not yet known whether Modi has accepted the invitation. Earlier, upon Mamata’s invitation, former Union finance minister Arun Jaitley had inaugurated a summit. This is the first time a prime minister is being invited by the chief minister of Bengal for a major event of the state.