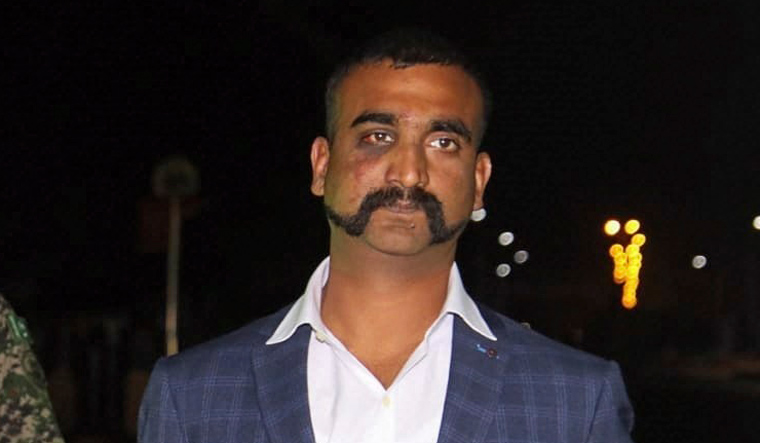 The Indian Air Force has approved the rank of Group Captain for Wing Commander Abhinandan Varthaman who had downed an enemy jet during an aerial combat with Pakistan in February 2019 and was held captive for three days, official sources said on Wednesday.

The rank has been approved and he will get it once a laid down procedure is completed, they said.

Explaining the process, they said any official after getting a new rank, is able to wear it once there is a vacancy for the position.

Varthaman downed a Pakistani jet on February 27, 2019 when the neighbouring country launched retaliation against India for the Balakot airstrikes a day before.

The strike by India's warplanes on a Jaish-e-Mohammed terrorist training camp in Balakot and the Pakistani Air Force's subsequent retaliation the next day triggered fears of a war between the two nuclear-armed neighbours.

The most visible face of the confrontation was Wing Commander Varthaman whose capture by Pakistan after downing his MiG-21 fighter triggered the most serious military crisis between the two neighbours in decades.

Before his jet was hit, Varthaman downed the F-16 fighter of Pakistan. Varthaman was released on the night of March 1 by Pakistan.

He had suffered injuries while ejecting from his MiG-21 Bison during the aerial combat.

Later that year, he was conferred with the Vir Chakra, India's third-highest war time gallantry medal.