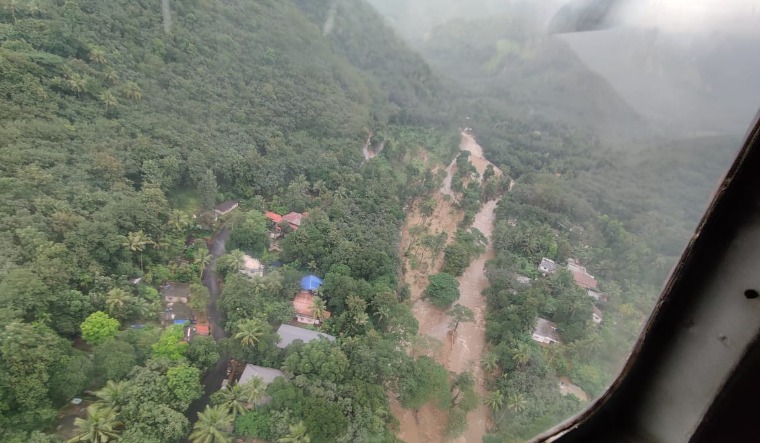 The death toll due to floods and landslides triggered by heavy rains in Kerala has risen to 17 as of Sunday afternoon.

The Times of India reported that three more bodies had been recovered in Kokkayar in Idukki district, taking the toll to 17.

While the intensity of rains reduced on Sunday, several low-lying places in the state remain inundated.

As many as 105 relief camps have been opened in various places. Chief Minister Pinarayi Vijayan said arrangements were in place to open more relief camps if the situation warranted.

Onmanorama reported that parts of the Alappuzha-Changanassery road, a key road link in central Kerala, were flooded, posing the threat of transport disruption.

The Indian Army deployed personnel to rescue people trapped under landslide debris in Kavali in Kottayam district. The Indian Air Force has kept helicopters on standby, while the Indian Navy has deployed helicopters to carry relief materials.

Earlier in the day, Home Minister Amit Shah promised all assistance to the Kerala government. Shah tweeted, "We are continuously monitoring the situation in parts of Kerala in the wake of heavy rainfall and flooding. The central govt will provide all possible support to help people in need. NDRF teams have already been sent to assist the rescue operations. Praying for everyone’s safety."