Upgradation of ordnance factories ignored in the post-independence period, he said 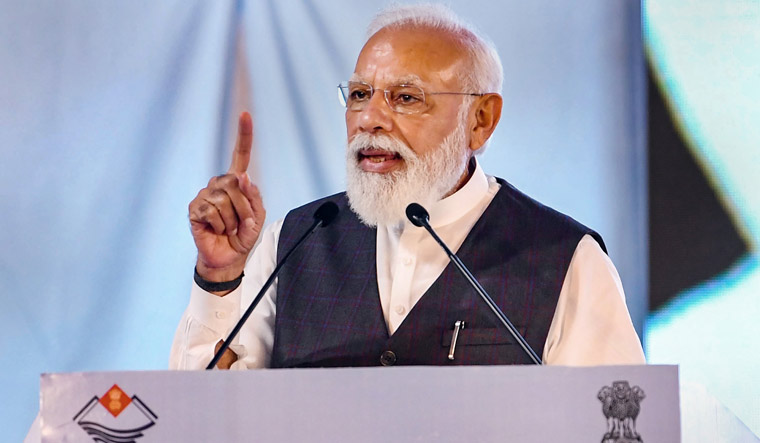 Notwithstanding opposition by the employee federations of the Ordnance factory board (OFB), the government on Friday dedicated seven new defence companies to the nation. This finally brings to an end the existence of the OFB, which was established by British India in 1775.

Speaking at the event, Prime Minister Narendra Modi said that the government has given these new companies not only a better production environment but also complete functional autonomy. He reiterated the government's stand by ensuring that the interests of the employees are fully 'protected'.

On June 16, 2021, PM Modi-led government gave the go-ahead to the long-pending “corporatisation” of OFB—which has an annual turnover of around Rs 19,000 crore—into seven 100 per cent government-owned entities.

While taking this decision, the government assured existing central government employees of OFB that their service conditions would be protected. Also, pension liabilities of retirees and existing employees will continue to be borne by the government.

Noting the glorious past of Indian ordnance factories, the prime minister commented that the upgradation of these companies was ignored in the post-independence period, leading to the country’s dependence on foreign suppliers for its needs. “These seven defence companies will play a major role in changing this situation,” he said. He added that an order book of more than Rs 65,000 cr reflects the increasing confidence of the country in these companies.

While mentioning that it is our target that these companies not only establish expertise in their products but also become a global brand, the prime minister urged that while competitive cost is our strength, quality and reliability should be our identity. He further mentioned that in the 21st century, the growth and brand value of any nation or any company is determined by its R&D and innovation. He appealed to the new companies that research and innovation should be a part of their work culture so that they just don’t catch up but take lead in future technologies.

Defence ministry officials claimed that the new structure will help in overcoming various shortcomings in the existing system of OFB by eliminating inefficient supply chains, providing these companies incentive to become competitive and exploring new opportunities in the market, including exports. Official sources maintained that the functioning of the OFB has come been studied by various high-level committees over the last two decades to improve functioning.

He hoped that in the times to come, these new companies would not only play an important role in the defence manufacturing ecosystem but would also be engines of growth for the Indian economy. "Restructuring is a continuing process, not an end in itself," Rajnath Singh added. He also clarified that all employees of OFB (Group A, B & C) belonging to production units will be transferred to corporate entities on deemed deputation for two years without any change in their service conditions.

The employees union of ordnance factories has been opposing the move fearing privatisation of factories.