A Limca record holder was among the deceased 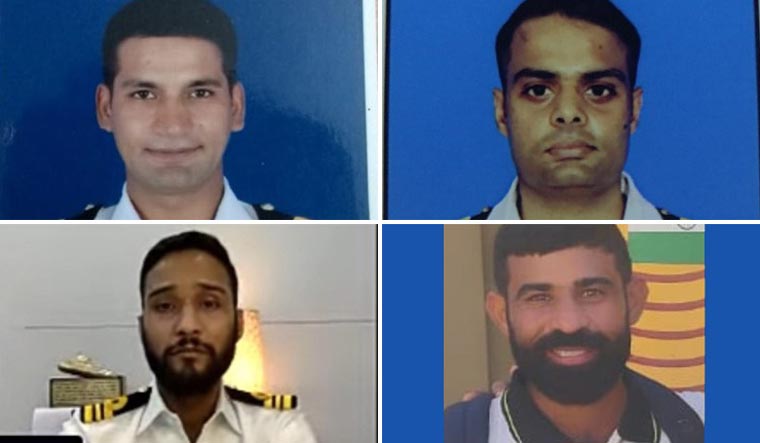 The mortal remains of four out of the five Indian Navy mountaineers, who went missing after they were caught up in an avalanche on an Uttarakhand mountain on Friday, have been recovered.

Search operations remain underway for a fifth climber as well as for a Sherpa.

The climbers, members of an Indian Navy mountaineering team, were hit by a massive avalanche on Friday morning while they were less than 500m from the summit of Mt Trishul.

The 20-member expedition had flagged off from Mumbai on September 3. Ten climbers started their climb to the summit on Saturday but were caught in an avalanche. Five of the ten were confirmed safe, with search and rescue efforts on for the remaining since Saturday, the Navy said.

The deceased included veteran and record-setting climbers. Lt Cdr Yogesh Tiwari had climbed Mt Bhagirathi (6,512m) at the age of 13 and climbed three peaks within four months in 2015. He held a Limca record for cycling across 11 Himalayan passes.

Lt Cdr Rajnikant Yadav had in 2013 set a cycling record along with Tiwari, doing a round trip from Kochi-based INS Venduruthy to INS Rajali in Arakkonam in Tamil Nadu, covering 1,423km in 94 hours.

Lt Cdr Anant Kukreti was among the Navy personnel who scaled Mount Everest in 2017.

Defence minister Rajnath Singh tweeted his condolences. “Deeply anguished by the tragic death of four Navy personnel who were part of the Indian Navy mountaineering expedition to Mt. Trishul. The nation has not only lost precious young lives but also courageous soldiers in this tragedy.”