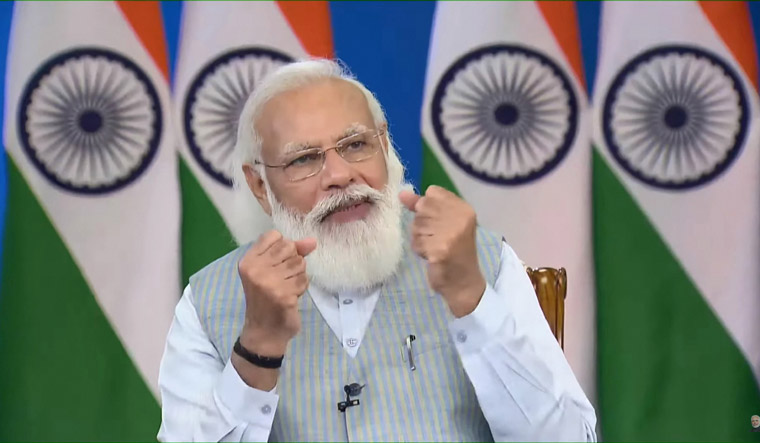 Prime Minister Narendra Modi said on Sunday that the start-up culture has become very vibrant in India with youngsters in even smaller cities embracing it, and asserted that it is a sign of India's bright future.

In his monthly 'Mann ki Baat' radio broadcast, Modi also added that the space sector reforms in the country have caught people's imagination and expressed confidence that a large number of satellites in the coming days will be those on which youngsters from universities, labs and other sectors would have worked upon.

The prime minister touched upon a host of topics, including India's rich spiritual tradition and the boost the sporting culture has received after its performance in the Tokyo Olympics, in the address and also paid glowing tributes to hockey legend Dhyan Chand, saying he conquered the world of hockey for the country.

The National Sports Day is celebrated every year on August 29 to mark Dhyan Chand's birthday.

Noting that India won an Olympic medal in the men's hockey after over four decades, he said the youth is now drawn towards sports and their parents are happy to back them.

This itself is a great tribute to Dhyan Chand, Modi said.

Asserting the young population's mind-set has undergone a sweeping change, he said it is now keen on new destinations and new goals by taking new paths and having new aspirations.

The momentum sporting culture has received must be further advanced, he said, calling for having sport competitions at the village level.

"Let us all countrymen strive to further this momentum as much as we can, contributing whatever we can. Let us transform the mantra of Sabka Prayas (everyone's effort) into reality," he said.

Noting that the world has been paying heed to Indian spiritual traditions and philosophy, the prime minister said people then also have a responsibility to carry forward these great traditions.

"That which was temporary and has perished has to be left behind but what is timeless has to be carried forward. Let us celebrate our festivals, understand their scientific meaning and the connotation behind them. There is an underlying message in every festival," he said, wishing people a happy Janmashtami, which falls on Monday.

Noting that the Vishwakarma Puja will be observed in the coming days, he said the festival is essentially an ancient Indian practice of paying tributes to different skills

Modi also mentioned a FM radio station in Gujarat's Kevadiya through which radio jockeys are working to promote Sanskrit, and said the ancient language, through its thoughts and medium of literary texts, nurtures knowledge and also strengthens national unity.

"More than 62 crore vaccine doses have been administered in the country, but still we have to be careful, be vigilant," he said.