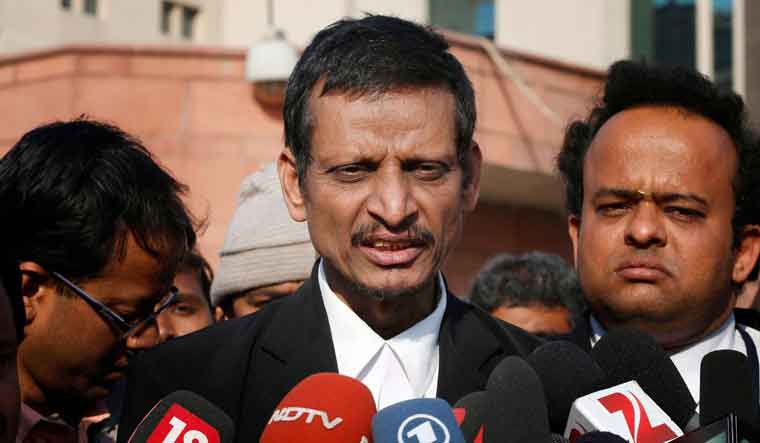 [File] M.L. Sharma is a serial PIL litigant who had rushed to the court in controversial matters such as Rafale deal, Article 370, and Hyderabad police encounter, among others

Advocate M.L. Sharma has filed a PIL in the Supreme Court seeking probe into alleged use of Israeli spy software Pegasus by the Central government to snoop into phones of politicians, activists and journalists. The PIL seeks an investigation by an SC-appointed Special Investigation Team.

Sharma is the first off the block to file a PIL in the Supreme Court in the controversial snoopgate case. The plea says it is a question of whether buying Pegasus software by the Centre without approval violates Article 266(3), 267(2) & 283(2) of the Constitution.

Pegasus is a serious attack on the country and its judiciary, Sharma says in his plea.

Sharma has made Prime Minister Narendra Modi and his ministers as well as CBI respondents in his PIL. He has also sought information on how Pegasus was used since the purchase.

Interestingly, Sharma is a serial PIL litigant who had rushed to the court in controversial matters such as Rafale deal, Article 370, and Hyderabad police encounter, among others.

An international media consortium has claimed that several Congress leaders including Rahul Gandhi, two union ministers, Trinamool Congress leader Abhishek Banerjee and some 40 journalists were among those whose phone numbers were listed as potential targets for hacking through the Israeli spyware which is usually supplied to government agencies.

The issue also rocked proceedings in Parliament as opposition parties launched a scathing attack on the government.

Speaking in Lok Sabha, Union IT and Communications Minister Ashwini Vaishnaw had dismissed the reports as "baseless" and said that the allegations levelled just ahead of the monsoon session of Parliament were aimed at maligning Indian democracy.