Eid will be celebrated in Jammu and Kashmir on July 21 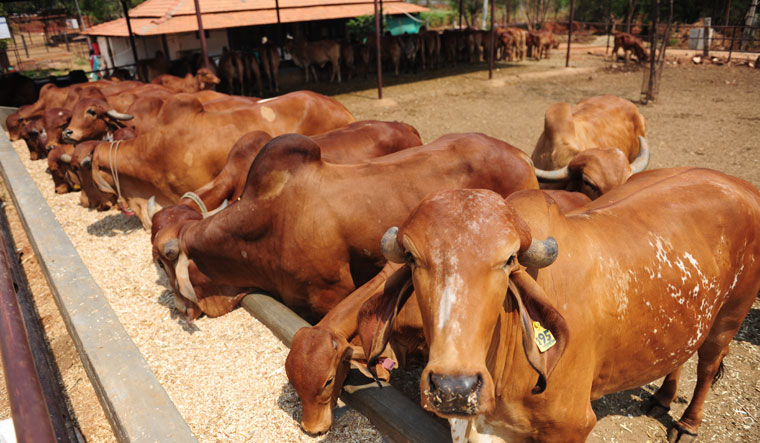 The Jammu and Kashmir government has banned the slaughter of cows, calves and camels on Eid-ul-Adha (Bakra Eid) in the Union territory.

Eid-ul-Adha will be celebrated in Jammu and Kashmir on July 21. Sacrificing sheep, cows and camels is an important ritual for Muslims on Eid-ul-Adha.

The ban on the slaughters of cows, calves and camels has been communicated by director of Planning, J&K Animal/Sheep Husbandry and Fisheries Department, to Divisional Commissioner, Jammu and Kashmir, and IGP, Jammu and Kashmir.

Citing an official letter from the Animal Welfare Board of India, Ministry of Fisheries, Animal Husbandry & Dairying, Government of India, the communication reads: “In this regard, large numbers of sacrificial animals are likely to be slaughtered in the UT of J&K during Bakra Eid festival scheduled from 21-23 July, 2021 & the Animal Welfare Board of India, in view of animal welfare, has requested for implementation of all precautionary measures to strictly implement the Animal Welfare Laws viz. Prevention of Cruelty to Animals Act, 1960; Transport of Animal Welfare Rules, 1978; Transport of Animals (Amendment) Rules, 2001; Slaughter House Rules, 2001; Municipal Laws & Food Safety & Standards Authority of India directions for slaughtering of animals (under which camels cannot be slaughtered) during the festival.”

In Jammu and Kashmir, mostly sheep are sacrificed on Eid-ul-Adha; however, at some places, cows are also slaughtered. Cow slaughter was banned in Jammu and Kashmir during the Dogra rule. The violation of the rule invited severe punishment.

In Muslim-majority Jammu and Kashmir, beef is consumed in a lesser quantity by people in comparison with mutton. Kashmiri Pandits, most of whom are Brahmins, also eat mutton. The Pandits specially prepare fish on the festival of Shivratri. The community, however, do not consume beef.