Chirag Paswan says he expected PM Modi to stand by him, but was disappointed

Paswan had once said he is like PM Modi's Hanuman 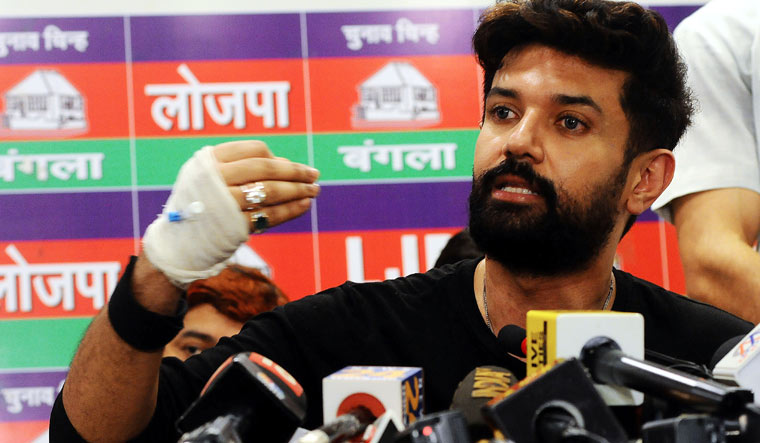 LJP leader Chirag Paswan revealed that although he expected Prime Minister Narendra Modi to stand by him in his hour of need, when he was "betrayed" by his family members, he was disappointed as no help came from the PM or the BJP.

He said when he was going through tough times, he was expecting the prime minister to stand by him. "But soon I realized it is for me to clear up the mess on my own," he was quoted as saying.

Paswan said he does not expect anything from anyone anymore, and added that his own family betrayed him.

He said his uncle Pashupati Kumar Paras was close to his father Ram Vilas Paswan and added that if Paras had any problems with him, he could have communicated it with him and they could have worked it out together.

Meanwhile, Paswan will hold 'aashirvaad yatra' from July 5, the birth anniversary of his father and party founder Ram Vilas Paswan, from Hajipur in Bihar, as his faction takes the fight with a rival group, led by his uncle, to the streets. The decision to launch the yatra from Hajipur is significant as Ram Vilas Paswan was elected to Lok Sabha from here a number of times and Paras represents the seat now in the House.

The yatra will roll out across the state, and the party's national council will be held after this.