'COVID-19 numbers have come down significantly; need to prepare for third wave' 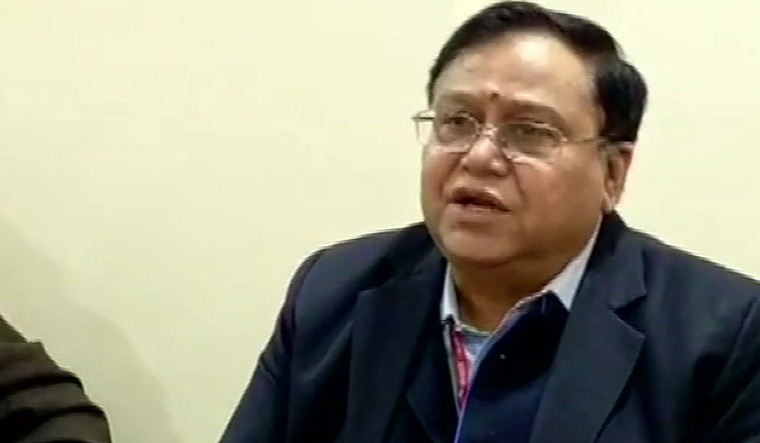 India has managed the second COVID wave "very well" as the number of fresh cases have come down significantly, Niti Aayog Member V.K. Saraswat has said even as he emphasised that preparations need to be in place to deal with the third wave that might impact the younger population more.

Saraswat further said that India's epidemiologists have made very clear indications that the third wave of COVID-19 is inevitable and is likely to start from September-October, so the country should vaccinate as many people as possible.

"I think we have done reasonably well. We have managed the second wave of COVID-19 pandemic very well, as a result COVID-19 numbers have come down significantly.

"... we have been able to manage (the second wave COVID-19 ) with the help of our science and technology activities, creating oxygen banks, making large number of industries to support oxygen supply. Using railways, using airports, using the military for transporting liquid oxygen," he told PTI.

From a daily case count of over 4 lakh, the number of new COVID-19 cases has been hovering around 1.3 lakh in the last few days.

Saraswat said India's management of the first wave of COVID-19 pandemic was good and the kind of discipline which had been introduced at that time, gave the country a lot of confidence to control the second wave of the pandemic.

"We did a fantastic job (of managing the second wave of COVID-19 pandemic), what we call emergency management," he asserted.

The Niti Aayog member pointed out that all indications were there that there might be a second wave of COVID-19, but epidemiologists'' studies did not show it was going to be such a strong wave.

"... activities like marriages, religious functions that took place during this time resulted in a certain amount of accelerated spread of COVID-19," he noted.

Saraswat noted that in the first wave of COVID-19, intensity was not vigorous, which indicated that the country will be able to manage the second wave with the kind of infrastructure created last year in terms of ventilators, hospital beds and ICU beds.

"But in the second wave, the virus had a different characteristic which resulted in an indirect attack on lungs in a big way, which resulted in a large number of people demanding oxygen at a very early stage of infection. So, this mutant caught us unaware. As a result, we found that we are not in a position to meet the increased demand of oxygen and some of the medicines which were needed at that particular stage," he argued.

Asked how prepared India is to deal with the third wave of COVID-19, Saraswat said India''s epidemiologists have made very clear indications that the third wave is inevitable and might impact the younger population more.

"We expect by July-August, we have to take all preparations because the third wave is likely to start from September-October onward," he said, adding that lockdowns should be opened in a gradual manner.

According to Saraswat, despite the fact that India is going to have certain relaxations on the lockdowns, severe implementation of the pandemic norms of usage of masks and maintaining the social distances should be enforced by the states in a big way.

"We have to also see the infrastructure which we have also created, continues to remain in position and should be augmented further. So that we don't run into the crisis which we ran into during the second wave as far as the oxygen availability in the country is concerned," he said.

India reported 1,32,364 new coronavirus infections taking the country's total tally of COVID-19 cases to 2,85,74,350, while the recovery rate crossed 93 per cent, according to the Union Health Ministry data updated on Friday.