Weekend curfews to continue in Bhopal, Indore as MP poised for partial 'unlock' from June 1

Relaxations to facilitate routine life, but 'Corona curfew' to continue till June 15, 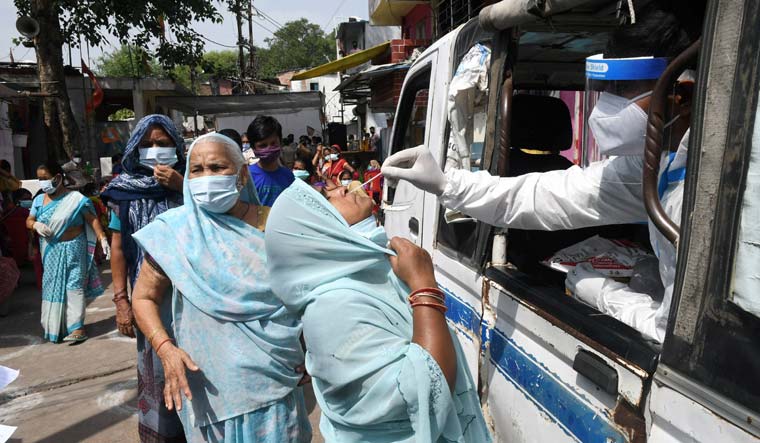 Capital Bhopal and commercial capital Indore will continue to have weekend lockdowns and other strict restrictions as a phased 'unlock' process starts in Madhya Pradesh from June 1.

Meanwhile, addressing the citizens of the state on Monday evening, Chief Minister Shivraj Singh Chouhan said that the 'corona curfew' is not being lifted and it will continue till June 15, but certain relaxations, depending upon local situations is being provided to facilitate routine life and restart of economic and construction activities.

He said that the curfew from 10.00pm on Saturday night to 6.00am on Monday morning will continue across the state. On other five days, there will be a night curfew (from 10.00pm to 6.00am) in place, the CM said. Chouhan said that the mantra is 'prosperity with safety'. “We have to safeguard ourselves while restarting economic activities,” he said.

'Third wave will be result of our negligence'

The CM said that if the third wave of COVID-19 strikes, it will be due to our negligence. The government would take steps to make necessary arrangements like hospital beds, oxygen availability, medicine stocks and others, but it is the responsibility of the common people to ensure prevention of the third wave. For this COVID-19 protocols have to be continuously followed.

Chouhan said that the political, cultural, sports and educational activities will continue to remain banned. School, colleges, coaching institutes, shopping malls, bars, picnic spots, auditoriums and halls will remain closed. Only 10 persons each will be allowed in death related rituals whereas only 20 will be allowed for marriage functions. More than four persons at a time will not be allowed at religious places.

Among the activities allowed to function normally will include industries, companies, raw material transport, vegetable, fruits, grocery and milk shops. Restaurants and hotels will be able to continue home delivery services. Public transport will be open with local restrictions. Single shops in residential localities will also be allowed to operate, the CM said.

He added that COVID-19 testing will continue and everyday at least 75,000 tests will be conducted. As for reopening of educational institutes, he said that a ministers' group has been constituted to decide on the issue soon.

Chouhan said that the situation is more or less satisfactory as of now and he wanted to thank all citizens for their cooperation. He said that as on May 30, a total of 75,417 tests were conducted but only 1,205 positive cases were found, which means the positivity rate dipped to as low as 1.6 per cent. Recovery rate has gone up to 96 per cent. In all, 30 districts out of 52 have reported less than 10 positive cases.

Due to comparatively more cases, strict restrictions will continue in Indore and Bhopal. Indore reported 391 cases and three deaths in 24 hours as on May 30 (as per health department bulletin of May 31), while Bhopal reported 245 cases and no deaths.

In both cities, total curfew will be in place from Friday night to Monday morning. In Indore, grocery shops will remain open on weekdays only till 12.00 noon. The wholesale markets will remain open only on Mondays, Wednesdays and Fridays from 8.00am to 5.00 pm. All religious places will remain close and marriages will not be allowed till June 15. Autorickshaws will be allowed to play only with two passengers.