DMK wins Tamil Nadu; Stalin set to be next CM

As per latest trends, DMK alliance was leading in 150 seats 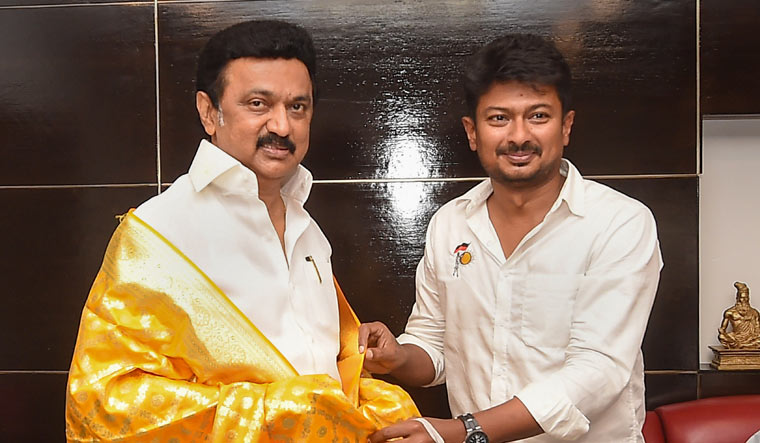 After a gap of over a decade, the DMK has returned to power in Tamil Nadu. The party, under M.K. Stalin, has pulled a victory in over 125 constituencies and the alliance was leading in 150 constituencies till late evening on Sunday.

With this, the DMK will rule Tamil Nadu for the sixth time and 68-year-old Stalin will take over as the chief minister for the first time.

While the state saw a five-cornered contest with AIADMK, BJP and PMK in an alliance, TTV Dhinakaran’s AMMK, Kamal Hassan’s Makkal Needhi Maiam and Seeman’s Naam Thamilar in the fray, the DMK managed to get a simple majority. The party contested on its own in 173 constituencies, giving away the remaining 61 seats to the alliance partners. However, Vaiko’s MDMK and few others like Kongu Easwaran, Velmurugan and Jawahirullah contested in DMK’s Rising Sun symbol.

The DMK seems to have put up a tough fight in more than 50 constituencies against the AIADMK and the BJP, wherever it had lost.

For the DMK, the victory comes after an extensive hard work put out by the party under Stalin for over four years since it lost by a wafer thin margin of one per cent in 2016 assembly polls to the AIADMK led by Jayalalithaa. Stalin, in fact, was continuously asking the DMK office bearers and cadres to work hard on the ground, saying, “victory is not that easy”. Stalin’s continuous tour and his seven point promises to the people of the state on education, employment and social status seem to have made the DMK clinch the victory.

In a statement, Stalin said that the new government to be formed under him would be run by those who were aspiring for an ideal government for Tamil Nadu. “Tamil Nadu has announced a victory of the DMK. The state will win hereafter,” he said.

On the other side, the AIADMK which was expecting a comfortable win with the BJP in its alliance was leading in 72 constituencies. Edappadi K. Palaniswami who was leading the campaign for the AIADMK alliance as its chief minister candidate has, however, successfully drove the alliance to sit in the opposition benches. The AIADMK’s performance in the absence of Jayalalithaa has helped Palaniswami retain the reins of the party, at a time when there were strong talks about Sasikala’s come back.