Murugan was trailing against AIADMK's V. Ramu by around 330 votes in first round 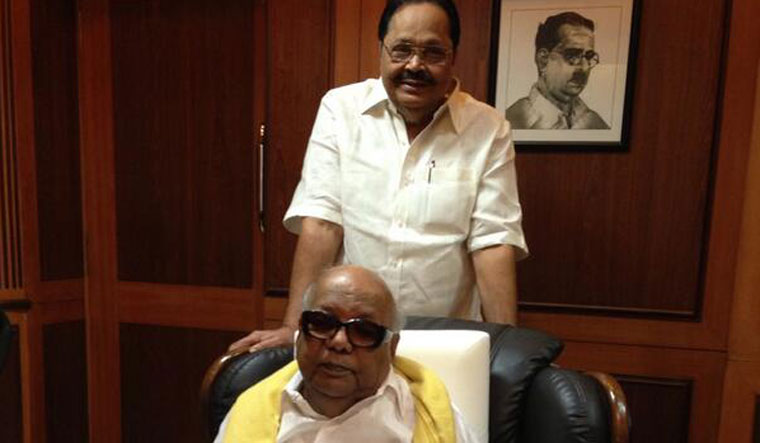 As the DMK maintains its lead in early trends of counting of votes in the Tamil Nadu election, the main opposition party is also worried about setbacks.

Durai Murugan, a fixture in the DMK leadership for decades, is trailing in Katpadi constituency, which he has won in every election since 1996. Murugan, who is 83-years-old, was trailing against AIADMK's V. Ramu by around 330 votes in the first round of counting.

His only losses to date have been from Katpadi in 1984 and 1991, when AIADMK candidates won.

Durai Murugan, who has been a minister in the M. Karunanidhi era, has been considered the DMK's strongman in the Vellore region. However, there had been angst in the party over allegations that Durai Murugan had promoted his son, D.M. Kathir Anand, who is currently the MP for Vellore.

In addition, there have been complaints Durai Murugan had been unable to address major civic issues such as the need for a rail over-bridge at Katpadi Junction, the main rail hub in the region, and traffic congestion.