Modi’s speech had no empathy for poor, those hit by COVID-19: Congress 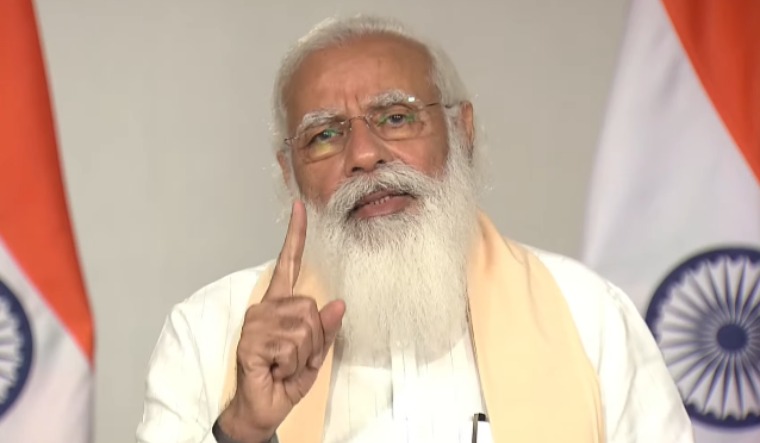 The Congress on Wednesday strongly criticised Prime Minister Narendra Modi's address to the nation on the COVID-19 situation delivered on Tuesday. The Congress said the speech was empty rhetoric, lacking in empathy for the people suffering because of the pandemic and failing to provide them with any relief.

Senior Congress leader Ajay Maken said at a press briefing that the 18-minute-long speech of the prime minister was disappointing and was a big let-down for the states and common people who were expecting relief from him. “It had no direction, no empathy for the poor and those affected by the pandemic were left high and dry,” he said.

Maken accused the Modi regime of gross mismanagement of the COVID-19 situation, saying it did not show any foresight and failed to undertake proper planning, be it in vaccination or ensuring availability of oxygen or medicines.

He said the prime minister has to answer to the nation as to why India, despite being the biggest vaccine producer, has managed to vaccinate only 1.3 per cent of its citizens. He asked why the government allowed export of 6.5 crore doses of COVID-19 vaccine and criticised the ruling dispensation for turning the country from being a vaccine leader to a vaccine beggar.

Maken claimed that 11 lakh injections of Remdesivir had been exported even as the anti-viral drug was now in short supply domestically. “Why is it that despite being one of the largest medicine manufacturers, we are facing acute shortage of lifesaving medicines?” he said.

The AICC general secretary attacked the government for doubling export of oxygen in the midst of COVID-19, failing to ensure adequate supply of oxygen during the present crisis and now resorting to import of oxygen to meet the domestic demand. He said India exported 9,300 metric tonnes of oxygen in 2020 during the pandemic.

“Modi ji needs to answer why his government wasted 15 months and failed to set up an adequate health infrastructure. Why did we fail to anticipate the second wave, despite it being a global phenomenon?” the Congress leader said.

“It is a one-man government, and it was completely ill-prepared to deal with the COVID-19 crisis as it was busy with elections. Modiji is not our Pradhan Mantri. He is Prachar Mantri,” he said.

Maken demanded that RT-PCR testing capacity should be augmented, and its price needs to be capped, so that it is within the reach of the common man.

He reiterated the Congress' demand that in view of migrant workers getting affected by COVID-19 restrictions, the Centre should implement a monthly cash transfer of Rs 6,000 to their accounts and ensure adequate food supply for the urban poor during the lockdown or curfew.