The challenge of maritime security management is multiplicity of stakeholders 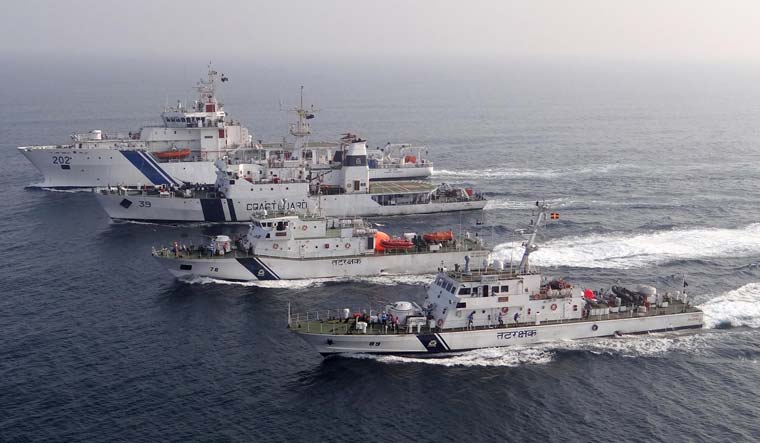 General Bipin Rawat, the Chief of Defence Staff, announced that the country will establish an apex federal body designated the National Maritime Commission (NMC) by mid-2021, to oversee maritime affairs. A National Maritime Security Coordinator would head the proposed body.

The necessity for such an apex body is not a new development. It was first highlighted in the 2001 Kargil Group of Ministers (GoM) Report and thereafter in the wake of the 26/11 Mumbai attacks of 2008.

In fact, the BJP-led government, after assuming power in 2014, had proclaimed that it would establish a multi-disciplinary national maritime authority soon. The delay in announcing the NMC is, however, surprising.

The existing governance structure in the country dates back to the time when the maritime domain had not achieved its current importance. Most developed countries including China have reorganised their governance structure to cope with the challenges of the seas in the 21st century. India has, however, lagged behind in this respect.

The challenge of maritime security management today is the multiplicity of maritime stakeholders, who often work at cross-purposes. Narrow organisational loyalties, turf wars and reluctance to share information characterise most of them. Decision makers of the civilian generalist bureaucracy lack maritime domain knowledge and may never have stepped on to a ship, let alone have spent a day in heavy seas. Most of their solutions therefore often tend to adapt a land-centric approach and are often too little and too late.

Post 26/11, there has been some attempt at restructuring the maritime security construct in the country .The Indian Coast Guard (ICG) has been entrusted with coastal security, while the Indian Navy (IN) is responsible for overall maritime security. They, however, have no authority over the other stakeholders and do not have adequate powers when it comes to implementation and enforcement. For instance, Parliament has yet to pass a draft Coastal Security Bill, 2013, prepared jointly by the IN and ICG, delineating the responsibilities of various stakeholders.

Further, the country has nine coastal states and four Union territories, most of whom believe that maritime and coastal security is the Centre’s responsibility. In fact, some states are yet to set up ‘maritime boards’, despite the Centre’s advice to do so.

Historically and geo-strategically, India has always been a maritime nation. India has a coast line of 7,516km and an Exclusive Economic Zone (EEZ) of 2.03 million sq.km. Over 90 per cent of the country’s trade by volume and over 70 per cent by value, including crude oil, is transported across the seas, which is vital for our economy and energy security.

Despite this, India for centuries has had a continental outlook and has suffered from “sea blindness”. It is only in the period of slightly over a decade that there been a maritime reawakening among our security bureaucracy. This is after the 26/11 Mumbai attacks, the piracy incidents off Somalia and the surge of the Chinese Navy into the Indian Ocean as also the Belt and Road Initiative.

However, since Prime Minister Narendra Modi assumed office, the beginnings of a sea change in the maritime domain are apparent. In fact, the ‘Act East’ policy, ‘Neighbourhood First policy’, enunciation of ‘SAGAR’ (an acronym for Security and Growth for All in the Region), the push for ‘Blue Economy’ ,the ‘Sagarmala Project’, Indo-Pacific Initiative and  participation in the four-nation QUAD all indicate an astute understanding of the maritime dynamics at play.

The NMC has a difficult task ahead. The country’s 12 major ports compare poorly with other advanced ports of the world. The lack of a proper trans-shipment port in the south of the country has resulted in trans-shipment of containers ‘for and from’ India at Colombo, which entails loss of revenue as also has some security implications.

While the government intends to scrap four-wheelers that are over 15 years old, it is an irony that the average age of India’s meagre fleet of merchant ships is 18 years. Today, 90 per cent of India’s trade is transported in foreign-flagged vessels, which besides loss of revenue, is a strategic vulnerability, especially during hostilities. Shipbuilding in India too is in dire straits with time and cost overruns and is nowhere near world standards.

Indian sailors constitute about 10 per cent of the world’s seafarers. Many of them and their families have been affected by the trauma of piracy, especially off Somalia. Despite this, India’s domestic piracy law introduced in 2019 is yet to be passed by the Parliament, 13 years after piracy first erupted off Somalia in 2008.

COVID-19 has highlighted the fragility of the global logistic supply chain, and India too has been affected. India’s exports have been hit by the pandemic-induced scarcity of shipping containers, so much so that the country has now decided to make its own containers. The recent Suez thrombosis caused by the grounding of MV Ever Given in the Suez Canal has lessons for our economy and energy security.

The recent Freedom of Navigation operations by USS John Paul Jones in our EEZ off Lakhshwadeep is a good wake-up call for us. China has turned UNCLOS 82 on its head in the South China Sea. The impending extension of the EEZ from 200nm to 350nm under the auspices of the UN and the effect of rising sea levels on UNCLOS 82-mandated ‘baselines’ are bound to create conflict situations in the years ahead and we need to be prepared.

India’s destiny is tied to the seas around her .Let’s hope that the NMC will have wise men that will help India catch the ‘rising tide’ in ‘matters maritime’.

The writer is a former principal director, Naval Intelligence, and has been a director in the Cabinet Secretariat, Government of India.