The fire broke out at Raipur's Rajdhani hospital on Saturday 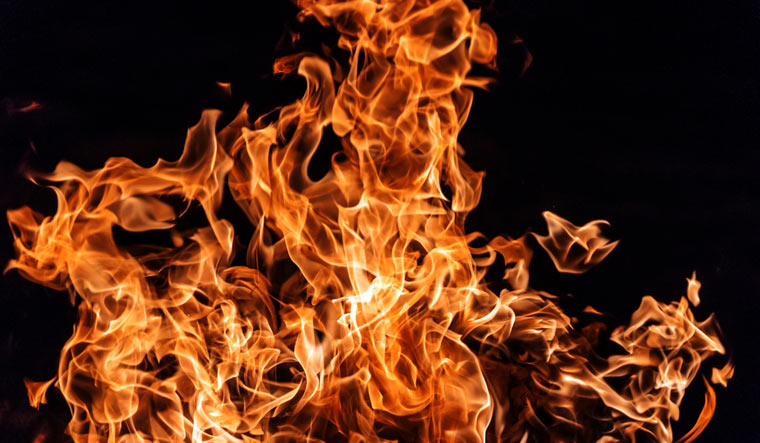 Authorities have ordered an investigation after five coronavirus patients died in a fire at the COVID-19 ward of a private hospital in Chhattisgarh's capital city Raipur, police said on Sunday.

Raipur Collector Dr S. Bharathi Dasan has ordered an investigation into the incident. Officials have been directed to conduct safety check at coronavirus hospitals in the city.

The fire broke out at Raipur's Rajdhani hospital on Saturday, police said.

"Five coronavirus patients died in the incident. One was charred to death and the others died due to suffocation," a police official said, adding a case of negligence will be registered against the owners of the hospital.

A supervisor saw smoke coming out of the ward and informed the hospital authorities, who alerted the police. The fire brigade and hospital staff rescued the other patients.

"The fire broke out in the COVID-19 ward of Rajdhani Super Speciality Hospital located at Pachpedi Naka under Tikrapara police station at 4.30 pm and was brought under control by the firefighters in 20 minutes," Tikrapara Station House Officer Sanjeev Mishra said.

When the fire broke out, there were around 30 patients in the ward, Mishra said.

Chhattisgarh Chief Minister Bhupesh Baghel expressed grief over the incident and announced a compensation of Rs 4 lakh each to the families of the deceased.