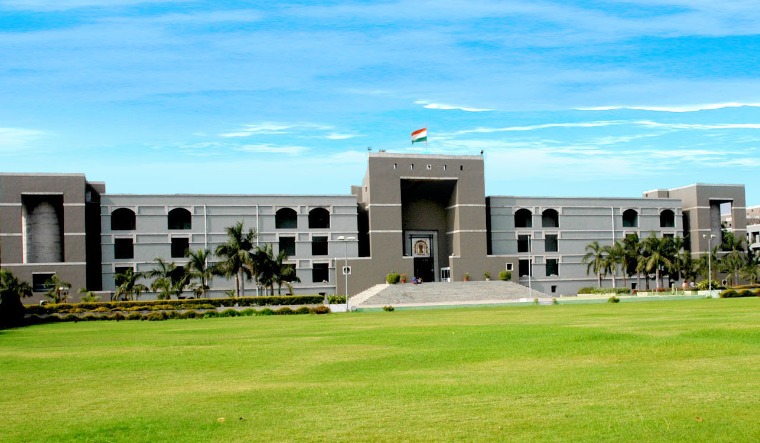 The Gujarat High Court on Tuesday asked the state government to decide on the imposition of curfew in the state amid the ongoing surge in COVID-19 cases.

News agency ANI reported that the High Court pointed out that COVID-19 cases in Gujarat were increasing and directed the state government to decide on imposition of a weekend curfew in the state. The Gujarat High Court noted there was a need for a lockdown in Gujarat, ANI reported. A two-justice bench headed by Chief Justice Vikram Nath noted curfew or restrictions for "three-four" days could help check the COVID-19 situation.

Other media reports said the Gujarat High Court had directed the government to restrict all political meetings, rallies and large gatherings, such as funerals and weddings, across the state.  "Gatherings have to be cut down. Government has to take a decision. The wedding size is currently 200 people and it should be cut down to 50 people," Bar and Bench quoted Nath as saying.

The Gujarat High Court’s directions came as it heard a PIL.

Gujarat has been flagged as being among the states hit by the second wave of COVID-19. On Monday, Gujarat reported 3,160 COVID-19 cases, the first time that daily infections crossed the 3,000 mark in the pandemic. The state's total COVID-19 tally reached 3,21,598. The death toll increased by 15 to touch 4,581.

"Ahmedabad led with 773 new cases, followed by 603 in Surat, 283 in Rajkot, 216 in Vadodara etc. During the day, seven patients died in Surat, six in Ahmedabad, and one each in Bhavnagar and Vadodara," the official said.