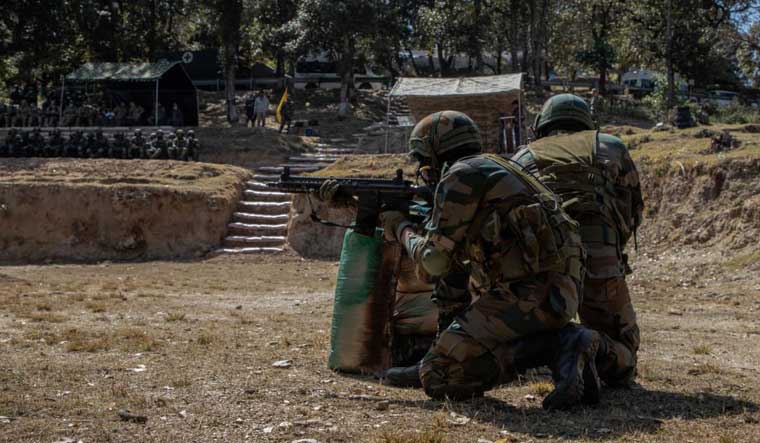 Over 1,07,000 positions are lying vacant in the three services with the Army topping the list with around 86,000 vacancies, according to details provided by the government on Monday.

In response to a question in Rajya Sabha, Minister of State for Defence Shripad Naik listed 79,349 positions of junior commissioned officers and other ranks as lying vacant while the number for officers was 6,975.

He mentioned the vacancies under a column "deficiency".

In the Indian Navy, the shortage of officers against the sanctioned strength is 1,044 while the number for sailors and other ranks is 12,317, according to data furnished by the minister.

In the Indian Air Force, the number of vacant posts of officers is 589 while that of airmen is 7,231, the minister noted.

He said the government has taken various steps like improving promotion prospects to make the career in the armed forces attractive and to fill up vacancies.

To a separate question, Naik said 6,796 women are working in the Army while the number in the IAF excluding those working in medical and dental streams is 1,602.

The number of women employees in the Navy is 696, he added.

Naik said the government has sanctioned 1,700 women in Military Police Corps in a phased manner.