Bengaluru Zomato case: Hitesha says she did not leave city, fears for her safety 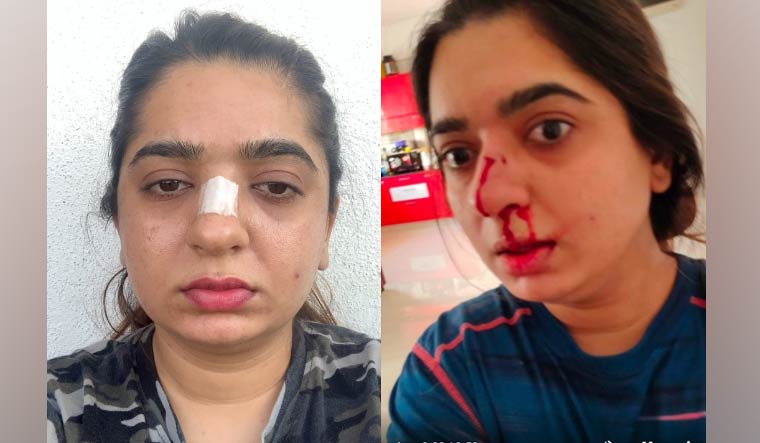 The battle of narratives continues in the case of Hitesha Chandranee, an Instagram influencer whose March 10 video claiming she had been assaulted by a Zomato delivery executive kicked up a storm.

A week after her allegation, the executive, Kamaraj, filed a counter-FIR alleging Chandranee had assaulted him first, and claimed she hurt herself while he was safeguarding himself. A day after his FIR, media reports claimed police were unable to locate Chandranee, and that she had left the city after her address was leaked online.

Now, Chandranee has released her first statement since her original post, saying she fears for her safety and asserting that she has not left Bengaluru.

“From the time the incident occurred and while undergoing trauma on what happened to me as what happens to many girls and women who live alone in this city, I have been hounded on social media by tweets, posts and statements by ‘celebrities’ because of which I have decided to make this statement,” she wrote.

“Since the incident occurred, I have been harassed, abused and my life has been threatened. I have kept my silence as anything I say gets twisted,” she wrote.

She said she had received many calls “from various people using repulsive and threatening words against me.”

“They have threatened my life and have even threatened to harm my family. I am being assaulted online in all platforms, be it email, WhatsApp, youtube, instagram in addition to regular calls and messages,” she wrote.

“Online narratives say that I asked for free food, but it was Zomato which had an offer that they would not charge me, if the food was delivered late,” she wrote.

“I have been cooperating with the police and have not left Bengaluru as spread by various quarters. Bengaluru is home for me. I just wanted to share the incident but instead, my words have been further twisted.”