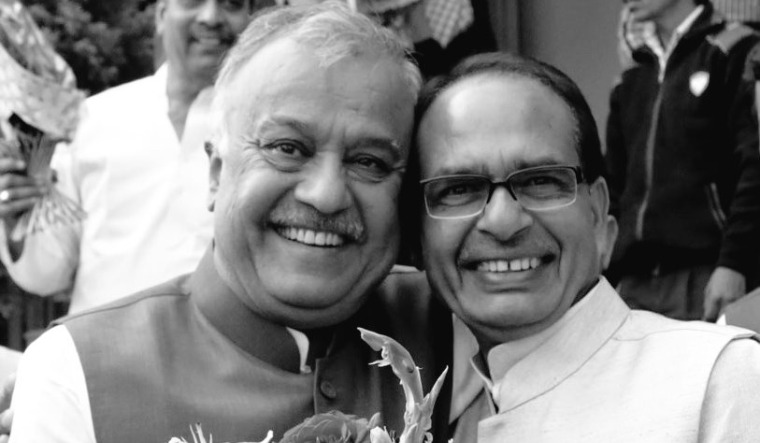 Prime Minister Narendra Modi on Tuesday expressed his anguish at the demise of veteran BJP leader Nand Kumar Singh Chauhan, and said the former Madhya Pradesh party president will be remembered for his contributions to parliamentary proceedings and organisational skills.

Chauhan, the Lok Sabha member from Khandwa in Madhya Pradesh, died at a hospital in Gurugram. He was 69. The six-term MP, who was suffering from COVID-19 and was airlifted to Medanta Hospital in Gurugram last month in a serious condition, breathed his last late on Monday night.

"Saddened by the demise of Lok Sabha MP from Khandwa Shri Nandkumar Singh Chauhan Ji. He will be remembered for his contributions to parliamentary proceedings, organisational skills and efforts to strengthen the BJP across Madhya Pradesh. Condolences to his family. Om Shanti," Modi tweeted.

Nand Kumar Singh Chauhan is survived by his wife, a son and two daughters, a BJP spokesman said.

His last rites will be performed at his ancestral place Shahpur in Burhanpur district on Wednesday, his son Harshvardhan Chauhan said.

The leader started his political career in 1978 from the Shahpur Municipal Council and was later elected as member of the Madhya Pradesh Assembly.

In a tweet, the CM said, "Nandu Bhaiya (as he was popularly known) gave his best to the party as the state BJP president. His mortal remains will reach his ancestral village today. I offer my tributes to him."