'PM led by example': Harsh Vardhan on Modi getting vaccine jab; urges MPs, MLAs to do the same

No death has occurred due to vaccination, he said 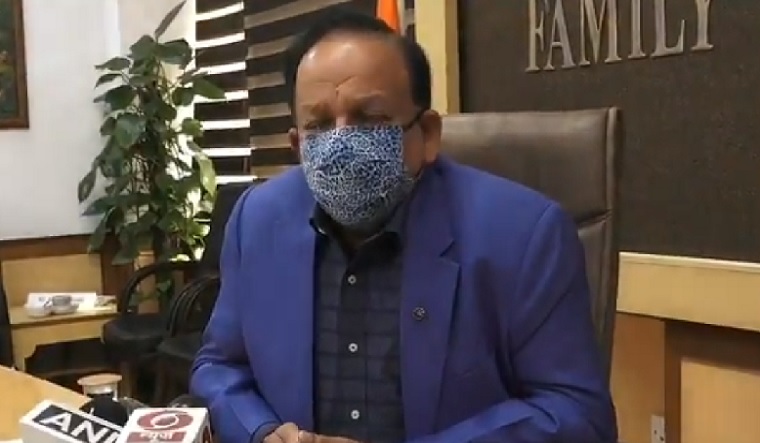 The health minister said he has been saying from the beginning that both our vaccines—Covishield and Covaxin—are safe and perfect as far as immunogenicity is concerned. "We are thankful to PM, he has always told us that you have to lead by example. He took the jab first, when vaccination of people above 60 yrs has begun," he said and added that the prime minister took Covaxin, against which there was much misinformation even though it was scientifically perfect.

"I think PM has given a clear message to the country. All misinformation and hesitancy should be buried once and for all," he said and urged MPs and MLAs to get vaccinated as that would send a message to people that they should get vaccinated at the earliest.

He appealed to citizens who are above 60 years of age and people who are over 45 with comorbidities to get vaccinated and said he will do the booking for vaccination on Monday and get vaccinated on Tuesday.

The minister pointed out that the side effects of the vaccine are minimal like fever or swelling and added that this happens during other vaccinations as well. "Hospitalisation due to vaccination is 0.0004 - it's negligible. No death has occurred due to vaccination," he said.

Further, he said if someone dies four days or 10 days after inoculation, you can't link it to vaccination. "Every death has been scientifically investigated. High powered experts committee evaluate it, no case has come yet that death is vaccine-induced," ANI quoted him as saying.