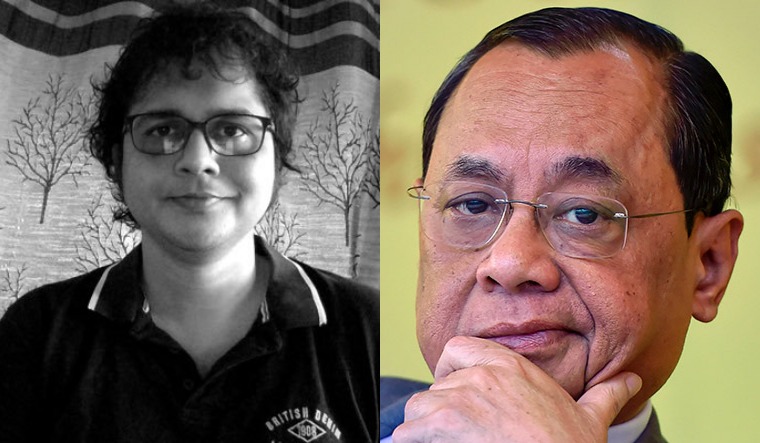 Earlier this week, Gokhale had tweeted he had written to Venugopal seeking "sanction for contempt of court proceedings against former CJI Gogoi" over the controversial comments by him at an event organised by a TV news channel.

On Saturday, Gokhale shared the reply from Venugopal to his letter. Venugopal acknowledged Gogoi had "initially made very strong statements about the judiciary and the Supreme Court of India". Venugopal noted "The statements apparently reflect his [Gogoi's] deep frustration with the ills that undoubtedly beset the justice delivery system".

Venugopal emphasised, "I had the occasion to watch the entirety of the interview. It is obvious that all that has been said was for the good of the institution and will not in any manner scandalise the court or lower its authority in the eyes of the public."

In his letter to Venugopal earlier this week, Gokhale recalled that sanction was granted to initiate contempt of court proceedings against comedian Kunal Kamra and comic artist Rachita Taneja over tweets purportedly critical of the judiciary. Gokhale asked, "Why should a former CJI be special?" In the letter, Gokhale claimed the comments by Gogoi were "far more contemptuous in their degree and seriousness in scandalising the Supreme Court than the innocuous tweets" by Kamra and Taneja.

In his tweet on Saturday, Gokhale referred to the action against Kamra and Taneja. Gokhale wrote, "Why wasn't this courtesy extended to @kunalkamra88 & @sanitarypanels? Double standards 101."