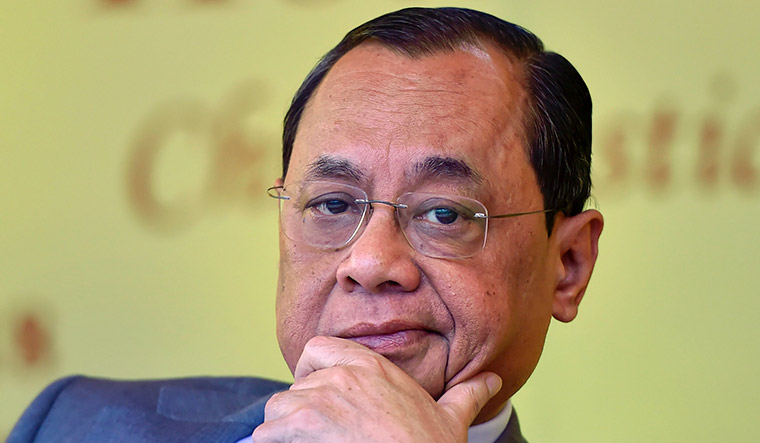 Days after former chief justice of India Ranjan Gogoi argued the judiciary in India was inefficient, a Congress supporter has called for initiation of contempt of court proceedings against him.

Saket Gokhale, who has built a reputation as an RTI activist, on Tuesday tweeted he had written to the attorney general, seeking "sanction for contempt of court proceedings against former CJI Gogoi" over the controversial comments made at an event organised by a TV news channel.

Gokhale recalled that sanction was granted to initiate contempt of court proceedings against comedian Kunal Kamra and comic artist Rachita Taneja over tweets purportedly critical of the judiciary. Gokhale asked, "Why should a former CJI be special?"

After his retirement as chief justice in November 2019, Gogoi became a nominated member of the Rajya Sabha in March 2020.

Highlighting some statements by Gogoi in his letter  to Attorney General K.K. Venugopal, Gokhale said they "constitute a gross contempt of court and undermine status of the Supreme Court especially considering they come from not a layperson, but from someone who sat on the highest seat of our judiciary".

The statements of Gogoi at the event that Gokhale highlighted included "You want a 5 trillion-dollar economy, but your judiciary is ramshackled" and claiming his opinion of the judiciary was "not very positive".

Gokhale wrote the comments by Gogoi were "far more contemptuous in their degree and seriousness in scandalising the Supreme Court than the innocuous tweets" by Kamra and Taneja.