Sreedharan rejected the contention the BJP was a 'communal' party 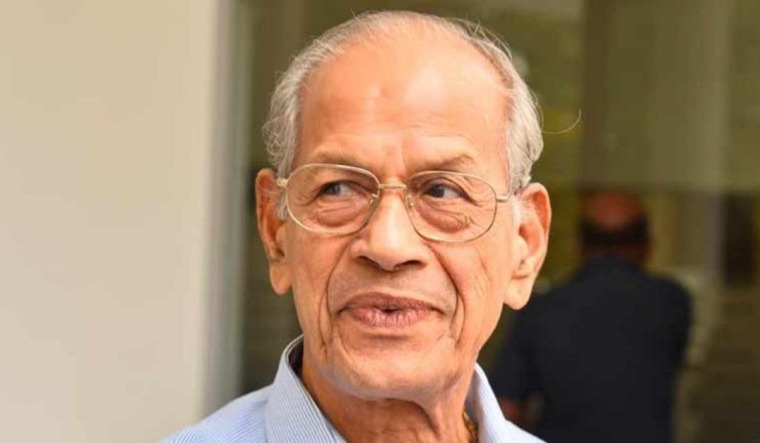 The news of 'Metro Man' E. Sreedharan joining the BJP has built excitement ahead of the Kerala Assembly polls. But Sreedharan's statements to mediapersons since the BJP announced he would join the party may just have started raising eyebrows.

On Friday, Sreedharan told PTI that he was willing to be chief minister of Kerala if the BJP came to power in the state. Sreedharan even claimed "unless I am the chief minister, these [BJP's priorities] cannot be achieved." Sreedharan also rubbished claims there was "intolerance" in India.

On Friday evening, Sreedharan referred to arguably more 'touchy' topics in Kerala: The issues of beef consumption and love jihad.

Sreedharan was asked about these issues in an interview with NDTV. When asked on his views on beef, which is consumed even by Hindus in Kerala, Sreedharan told NDTV, "Personally, I am a very very strict vegetarian. I don't even eat eggs, so, certainly I don't like anybody eating meat."

BJP governments in multiple states have in recent months either announced plans for or passed laws to restrict what they allege to be fraudulent marriages to convert people from other religions. In Kerala, analysts have claimed the BJP could use the love jihad issue to build bridges for support to Christian communities, which have expressed apprehensions about such conversions for marriage.

Sreedharan rejected the contention the BJP was a 'communal' party. "BJP is being painted like a communal party today in the country. And it is, according to me, not because I have got such a long association with people in BJP... it is not a communal party at all. It is a party consisting of nation lovers and who accept that all parties, all communities are alike as far as they're concerned. That is the attitude of Modi government. I can see the way he [Prime Minister Narendra Modi] speaks; I have never seen him at any time attacking any religion. This religious bias is an unnecessarily taunt on BJP and very unjust...," Sreedharan told NDTV.

Sreedharan claimed his style of campaigning for the coming Kerala elections "will be entirely different". Sreedharan told NDTV "I want to reach the heart of every voter, tell them what I intend on doing and what they can expect out of it. And tell them that if only you're satisfied, vote for me otherwise don't."

Interestingly, Sreedharan had claimed he was offered a ministerial post at the Centre in 2019. “I was offered a Central ministership after Narendra Modi retained power in 2019. But I had to step aside as I was over 75 years," Sreedharan was quoted as saying by onmanorama.