State government under pressure due to mafia attack on government officials 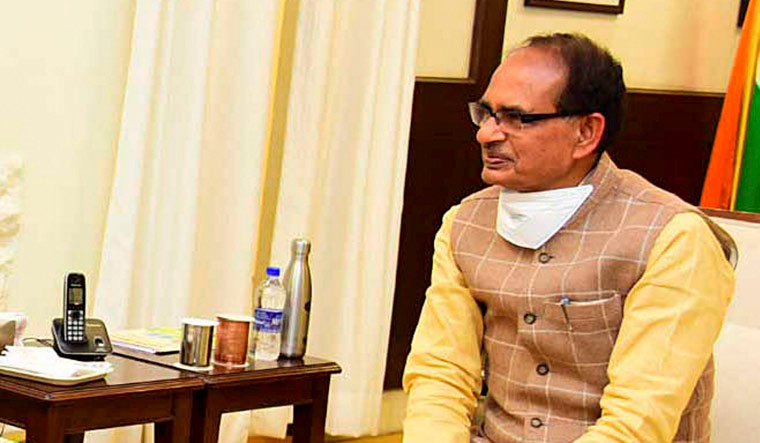 Under pressure due to recent incidents of attack on police and other government personnel by different mafia groups in Madhya Pradesh, Chief Minister Shivraj Singh Chouhan on Tuesday said that the campaign against mafia will continue.

Speaking to the state ministers before the weekly cabinet meeting, the CM claimed that in recent past around 2,000 hectare land worth Rs 10,000 crore was freed from illegal holding of 1,271 land mafia.

During the past week, several incidents involving attack on government officials on duty were reported. A forest guard was killed by wood smugglers in Dewas—an incident that the deceased himself filmed. In Datia, a personnel of the state industrial security forces was shot at, while in Gwalior an attempt was made to run over a police inspector under a tractor by sand mafia. In Bhind, a person involved in illegal sand mining opened fire in front of the house of minister O.P.S. Bhadoria.

The Congress has attacked the BJP government and CM Chouhan over these incidents with ex-CM Kamal Nath saying that mere posturing and public threats to mafia do not work and one has to work on the ground to finish off the mafia like the Congress government did. He also said that the Chouhan-led BJP government looked helpless before the mafia.

On Tuesday, Chouhan listed the achievements of the government against various illegal operators, saying that an amount of Rs 800 crore was refunded to 50,000 persons defrauded by chit fund companies. Under the campaign against adulteration, six factories making adulterated products were razed. Property of an official involved in black-marketing of public distribution system (PDS) ration (grains) was auctioned and the funds were used to distribute ration. Action was taken against 331 persons for ration black-marketing, the CM said.

‘Love jihad’ bill to be presented in budget session

Meanwhile, the MP Freedom of Religion Bill, 2020, commonly referred to as ‘love jihad’ bill was approved by the state cabinet during its meeting on Tuesday and will be presented in the State Assembly for enactment during the budget session commencing on February 22. The bill was to be presented in the winter session of the Assembly that got deferred. The state government then came up with an ordinance, notified on January 11, to implement the new laws regarding religious conversion and related marriages. An ordinance remains effective only for six months and the State Assembly has to enact the law by then for it to remain in force.