Why UP govt has to file response on Religious Conversion Ordinance 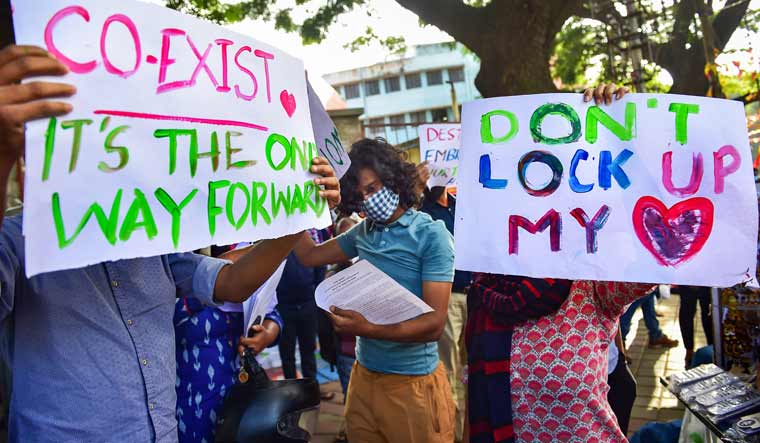 On Friday, the Allahabad High Court directed the Uttar Pradesh government to file its counter-affidavit on two petitions that called into question the validity of the Prohibition of Unlawful Conversion of Religion Ordinance, 2020. This came while the court was hearing another petition, the first in the state filed by an informant who claimed to be aggrieved under the ordinance, which came into effect on November 27.

The said petition, filed by one Nadeem, came after an FIR was registered against him (in Muzzafarnagar) by Akshay Kumar, alleging that the former was pressuring his wife to change her religion and marry him.

It then notes that the case “is in regard to upholding the right of privacy as a basic fundamental right covered by Part-III of the Constitution. It is submitted that FIR is based on mere suspicion and there is no material to substantiate the contentions raised in the FIR”.

It goes on to observe that “There is no material before us that any force or coercive process is being adopted by the petitioner to convert wife of the informant. Victim is admittedly an adult who understands her well-being. She as well as the petitioner have a fundamental right to privacy and being grown-up adults, who are aware of the consequences of their alleged relationship.”

Yet the court’s direction to the state government to file a counter-affidavit is based on two other PILs— numbers 1756 and 1757 of 2020. In both these PILs—the first filed by Ajit Singh Yadav (Badaun) and the second filed by Saurabh Kumar (Allahabad)—the court on Friday ruled, “This petition for writ is before us to examine the constitutional validity of the provisions of Uttar Pradesh Prohibition of Unlawful Conversion of Religion Ordinance, 2020, promulgated on November 27, 2020. Learned Additional Advocate General wants some time to file counter-affidavit to the petitioner. Time prayed for is allowed. Let this petition for writ be listed as fresh case on 7th January, 2021. Respondent-State may file counter-affidavit to the petition on or before 4th January, 2021, and shall also supply a copy of the same to learned counsel appearing on behalf of petitioner. Rejoinder affidavit, if any, may be filed by the petitioner on or before 6th January, 2021.”

In Nadeem’s case the police has been directed not to take any coercive action till the next date of the hearing.