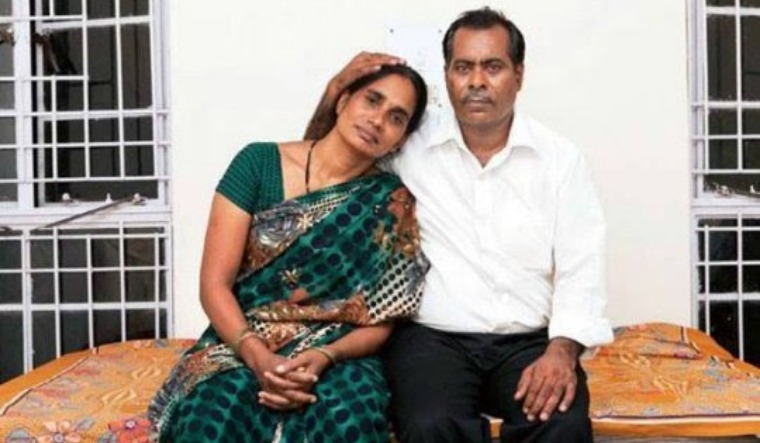 An online petition launched by Badrinath Singh, the father of the 23-year-old woman who died after being gang-raped in Delhi in December 2012, is calling upon men to “stop being mute spectators while women face abuse online and on the ground”.

The petition on Change.org, which has so far received 16,653 signatures, reads, “…8 years ago, when my daughter was snatched away from us in the most brutal way, crowds led by women came out on the streets. They made my family’s fight their fight for justice... I thought this case would change us as a country for good. But when I turn on the news, there is a new case of another daughter being brutally assaulted every day. Nothing has changed… While laws and systems help, a permanent change will come only when our collective mindset changes.”

The physiotherapy student, whose family was from Medura Kalan, a village in Uttar Pradesh’s Ballia district, was named Nirbhaya by the media, though her mother has said numerous times that she must be recognised by her real name.

In the aftermath of the horrific crime, the Justice Verma Committee did an extensive review of criminal laws related to sexual assault, prescribing enhanced punishment.

While Nirbhaya lost her life on December 29, 2012, four convicts were hanged on March 20 this year. The fifth convict—a juvenile—served a prison term of three years. A sixth accused hanged himself in prison.

The petition reads, “My name is Badrinath Singh. But since the night of 16th December, 2012, I am known as ‘Nirbhaya’s Father’ to the entire nation. This is how I will be known for the rest of my life.”

It calls upon “… every boy and man to become an ally, an active supporter in the fight for women’s safety. If you see a woman being trolled and threatened with rape on social media, speak up and report it. If you notice this happening in your surroundings, stand up with her.”

It also appeals to “OTT platforms like Netflix, Amazon Prime, Hotstar and others to do their bit by creating shows that celebrate bystanders taking action when they see injustice. Such shows will spread awareness”.

It ends by saying, “I believe that justice is like a car that is stuck. It moves only when lots of people get behind it and push hard. Join us in creating an India where no woman has to fight alone.”