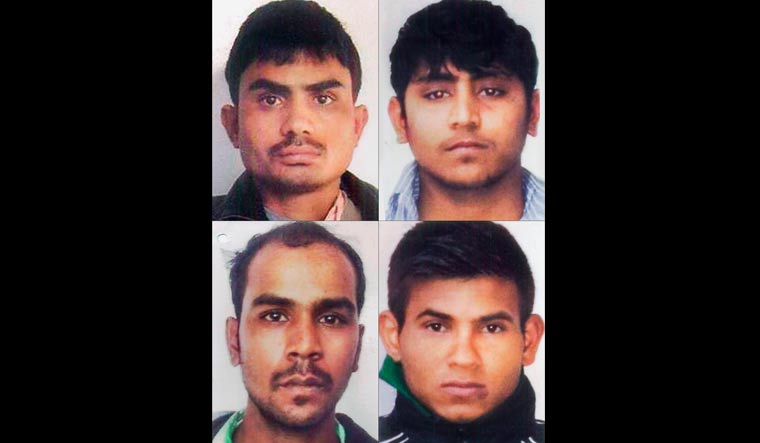 The four convicts in the Nirbhaya case Akshay Thakur, Pawan Gupta, Vinay Sharma and Mukesh Singh refused to eat and did not sleep properly before their hanging at dawn on Friday. As per reports, the convicts spent their last hours in separate cells in Delhi’s Tihar Jail and did not express any last wish before they were hanged.

Thankur, Gupta, Sharma and Singh, who were convicted for gang-raping a 23-year-old medical intern in Delhi in 2012, were hanged at 5.30 am on Friday. The final petition filed by the convicts were rejected by the Supreme Court of India just hours before the hanging.

Jail authorities said that the convicts underwent a medical check-up, but did not eat their last meal, barely slept and even refused to take a bath before the hanging, the first execution in Tihar jail since 2015.

Authorities also said that before the hanging, Vinay Sharma pleaded with the jail officials for forgiveness.

The execution was done by hangman Pawan Jallad who carried out the deed for the first time in his career as a professional hangman. The hanging was witnessed by the jail superintendent, deputy superintendent, the medical officer, the district magistrate and a jail staff member.

The bodies of the convicts are to be moved to Deen Dayal Upadhyay Hospital for autopsy before they are disposed as per their religion.

Officials said the jail was in lockdown since Thursday night.