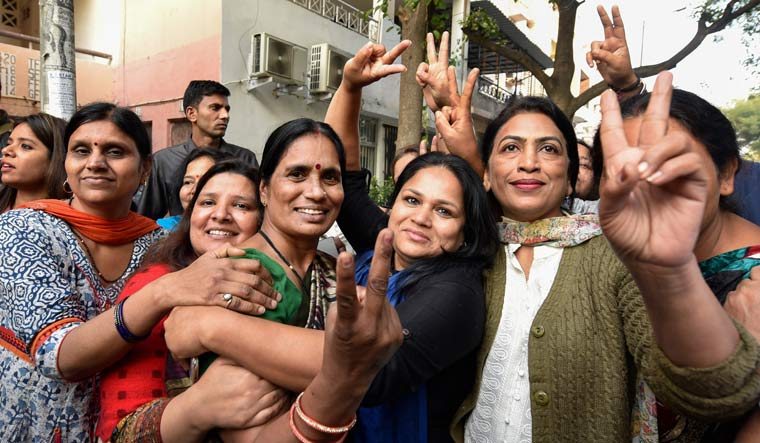 On Friday morning, with the executions of four of the six men who had brutalised and killed the 23-year-old physiotherapy intern in 2012, the case, which horrified the world, finally came to conclusion. “Justice has prevailed,” tweeted Prime Minister Narendra Modi. “It is of utmost importance to ensure dignity and safety of women,'' he said.

Soon after the hangings, Rekha Sharma, chairperson of the National Commission for Women said: “I hope this will play as deterrent for others, and no such case in future should take this long to deliver justice.”

Vindication is indeed a strong reason for justice to be served. In a country where the law focusses more on the rights of the convict than on the victim, these hangings are a salve on many bruised hearts. But will they serve as deterrent for rapists and brutalisers in the making? While there is enough literature to argue that capital punishment itself is not really a deterrent, let us understand why justice for one Nirbhaya may not necessarily mean a safer, or at least, a just world for women.

The brutality in this particular case, and the dogged media coverage it received, resulted in extraordinary measures. As the nation erupted in outrage, the political establishment as well as the authorities were in the spotlight. To their credit, they redeemed themselves marvellously, not just pressing every available facility into investigating the crime, but also using new technology to make a watertight case.

A death penalty can only be executed if the case stands up to every scrutiny under law, and this particular case is actually a textbook example of how to investigate a crime. After the victim and her companion were thrown at Mahipalpur in south west Delhi from the bus in which the crime was committed, they were rescued by staff of nearby hotels who alerted the police and took them to hospital. On that cold winter night, the two could have died of exposure itself, and there would have been no clinching statements.

The police was prompt to notice that CCTV footage of the hotels had captured the bus, and they got cracking immediately. They shortlisted 370 buses which fit the description and by next morning, had identified the bus. It had been washed, but it was still loaded with fresh DNA evidence. The team picked up samples of blood and other DNA material from the seats, window curtains and floor, and even managed some good fingerprint samples. How often does a case get scuttled at the trial itself because of lack of such incriminating evidence?

Ram Singh, the official driver of the bus, was arrested on December 17 itself, and he revealed the names of the other accomplices, including brother Mukesh, who was driving the bus that night. The investigators also recovered the clothes of the victims, which the rapists had stripped off them, and tried to burn. In a big plus, they were able to find DNA evidence of the criminals from the charred remains of these garments. For the first time in India, investigators used odontological evidence (dental impressions, unique to every individual), matching bite marks on the victim’s body, and nailing them on Ram Singh and Akshay Thakur.

Not every investigation in India gets such forensic bolstering. In fact, DNA evidence is surprisingly used very rarely. A report by a standing committee on HRD on the safety of women, which was submitted in Parliament on Thursday, stressed on how  lack of forensic laboratories in the country are an obstacle in investigating crimes against women. The report noted that while chargesheets are filed in 86.6 per cent of reported rapes, conviction rates remain at 32 per cent. Poor evidence gathering is a big reason for this. The report said that there should be one forensic laboratory in every state capital.

The victim gave three dying declarations - all were duly recorded and signed by her, with date and time, thus making them admissible. How often are such statements rejected because they were not collected as per the set protocol? The declarations were consistent, and matched evidence the investigators had gathered-including the iron rod used to brutalise her, and the phone calls the men had made from their mobiles. Her companion, Awindra Pandey, picked out Mukesh from the identification parade. The investigators in the case were the top rung in the country, many with international experience.

Dayan Krishnan, top rung senior advocate was the public prosecutor in this case. With his legal finesse, and the watertight investigation to bolster his arguments, there was no point at which the prosecution faltered. In fact, in the various appeals and petitions in higher courts, when the case came up for scrutiny repeatedly, there was not a single point which could be faulted upon. Even the pleas for juvenility that Pawan Gupta and Vinay Sharma tried, could not sustain. This, in fact, made the task of the defence counsel A.P. Singh almost impossible; the best resort he had was to find loopholes in existing rules to delay the hanging as much as possible. Since no manual says that co-convicts in a crime should file their clemency petitions together, Singh staggered the various pleas, and was thus able to get the hangings deferred from the initial date of January 22 - a two-month reprieve.

Will the country be able to provide investigation of such quality and a prosecution of such class to every victim of gender violence? It does not appear so. With less than 200 policemen for every lakh of Indians, the police force is woefully inadequate to deploy adequate workpower to every case of crime against women. As a result, chargesheets are often delayed. Also, not every case gets access to cutting edge technology for evidence collection. And here, we have not even begun talking about having in place a robust system of patrolling that prevents such crimes in the first place. Prevention, in these matters more than anywhere else, is still the best assurance a nation can give its women about their safety.

Fast track courts, which were recommended to look into rape and other crimes against women, are woefully short of the required numbers, and also, not homogenously distributed across India. There are 664 fast track courts in the country; the government's plan to set up 1,023 is still a work in progress.

The case has had its share of criticism for a trial by media. However, media pressure kept the issue and the general public sentiment for justice alive. Not every case makes it to the top news category, unfortunately. Those that drop off the media radar do get forgotten everywhere else, too.

Even in this particular case, the victim's parents were dismayed with the time it took even for a high profile case to reach the Supreme Court - five years. And in 2018, when the apex court finally upheld the death sentence, there was no follow up activity. Badrinath Singh, the victim's father recalls how a year later, he had to approach the Supreme Court and make themselves a party to the case to press for the executions. “Otherwise, it seemed as if everyone had forgotten about it by then,'' he earlier told this correspondent.

Indeed, in the seven years since this ghastly crime, India has not become any safer for its women. According to the National Crime Records Bureau, in 2012, the year in which this crime took place, there were 24,923 rapes across the country. By 2018, the number of rapes reported were 34,000, which means one rape was reported every 15 minutes. Here, we are not even talking about other crimes against women. Yes, there is the argument that the reporting might have increased, but that still doesn't help create the image of a safer country for women.

So, indeed, the hangings of Pawan Gupta, Vinay Sharma, Mukesh Singh and Akshay Thakur may have brought some amount of closure to Nirbhaya’s grieving family, and a sense of exultation to a nation that was clamouring for justice, too. However, will this be an example for other crimes? Will the next rapist think of his neck getting stretched as he goes out to brutalise his victim? The jury is still out on that.