To replace the US Navy’s T-38 Goshawk, India touts the LIFT variant of the LCA Tejas 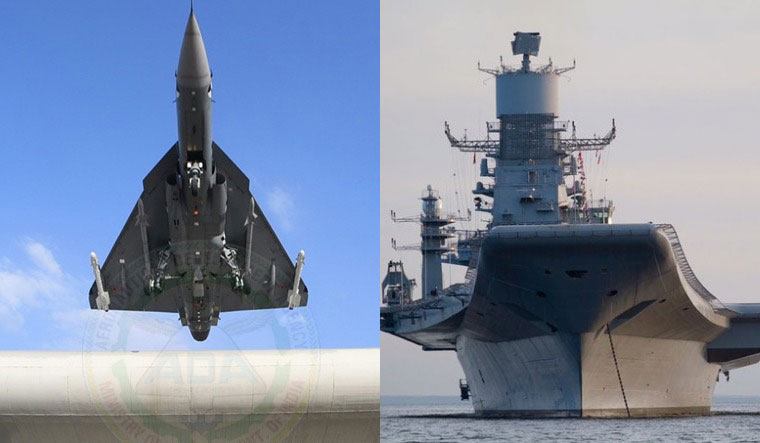 In response to the US Navy’s Request for Information (RFI) for a jet trainer to replace its Boeing T-45 Goshawk, India has reportedly offered the Lead in Fighter Trainer (LIFT) variant of the HAL Tejas. According to a report published in the Economic Times, India has responded to the RFI with a detailed project plan for the LIFT variant. The US is said to be still evaluating the offer.

The LIFT variant of the Light Combat Aircraft (LCA) Tejas will be based on the Mk-1A variant that is on order by the Indian Air Force.

“We have done all the work in house,” Hindustan Aeronautics Ltd (HAL) chairperson R. Madhavan told ET. “The same platform can be used to mimic any other platform. All that needs to be done is put in the flying characteristics and things will change to the selected aircraft. For example, if they Rafale characteristics, to the pilot it will seem like he is flying Rafale, which will help in the advanced training process.”

The US Naval Air Systems Command (NAVAIR) requirement to replace the Goshawk, curiously, is not for a carrier-capable fighter. According to the RFI, as reported by Janes in May, the requirement seeks a twin-seat land-based jet trainer aircraft design capable of performing land-based Field Carrier Landing Practice (FCLP) events and ship-based carrier touch-and-go events for US Navy and US Marine Corps (USMC) pilots.

While the Indian Navy has conducted carrier trials of the naval variant of the Tejas, it has not made plans to acquire the same in its present form, after rejecting the aircraft in 2016 for being too heavy. The Navy has instead sought to see the Tejas used to develop and test technologies for use on a planned twin-engine deck based fighter (TEDBF). The Navy has been looking to acquire up to 57 jets for the same at a cost of $9.6 billion, a number that has reportedly been trimmed to 36. Several international players have been bidding for the same including Boeing and Dassault.

However, in 2018, HAL began work on the Supersonic Omni Role Trainer Aircraft (SpORT)—which was in October renamed the Lead-In Fighter Trainer (LIFT)—in order to participate in the US’ T-X programme which sought to replace the Northrop T-38 Talon. However, the US Air Force went on to select the T-7 Red Hawk.

In a bid to market the Tejas to other countries, India has planned to set up logistics bases in Malaysia, Vietnam, Indonesia and Sri Lanka, PTI reported in March. According to HAL Chairman and Managing Director R. Madhavan, HAL was seriously focusing on boosting exports in syncs with the government’s priority and had identified South East Asia, West Asia and North Africa to sell key platforms like Tejas, the Rudra attack helicopter, and the advanced light helicopter Dhruv.