26/11 Mumbai attack: 12 years on, Pakistan yet to prosecute prime accused

Pakistan resists taking action, but India may get Tahawwur Rana from the US 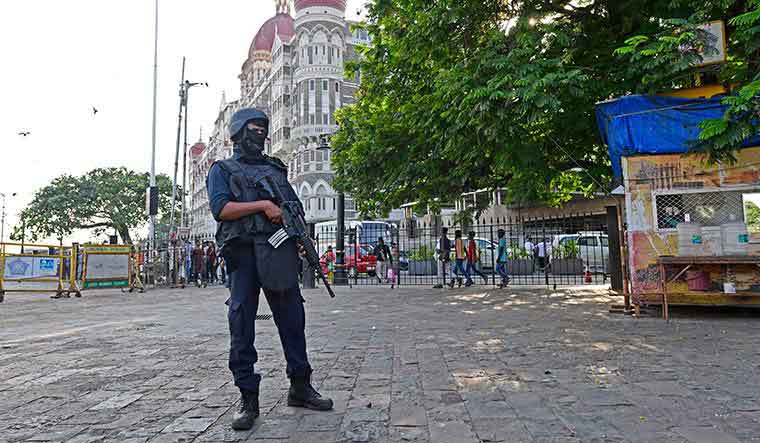 File: A Force One commando stands in front of the Taj Hotel in Mumbai

Twelve years have passed since the deadly 26/11 terror attacks in Mumbai and Pakistan has yet to take action on the multiple dossiers shared by India. None of the prime accused in the case have been prosecuted so far.

Home Ministry sources say that the dossiers shared with Islamabad contained key pieces of evidence including statements from key witnesses and FBI officials, information about the SIM cards used by the attackers and the GPS coordinates they relied on to carry out the terror attacks.

The dossiers also contained DNA reports of the 10 Pakistani terrorists involved in the attack as well as the deposition of a Mumbai magistrate before whom the lone captured Pakistani gunman, Mohammed Ajmal Kasab, had given a voluntary confession of his alleged involvement in the attacks.

Government sources said that in his statement to the magistrate, Kasab confessed that the conspiracy for the attacks was hatched in Pakistan by terror group Lashkar-e-Taiba operatives including the alleged mastermind Zaki ur Rehman Lakhvi.

There is also key evidence in the form of findings from FBI officers, who told the trial court in Mumbai that the mobile phones recovered from the terror sites were used by the terrorists to communicate with their handlers in Pakistan during the siege. It was based on these depositions that the FBI arrested David Headley and Tahawwur Rana.

While the home ministry pursues Rana's extradition from the US (and the NIA is hopeful of laying hands on him soon), Pakistan's failure to take action against the perpetrators on its soil, or prosecute any of the accused, shows its lack of commitment towards countering terrorism.

A case in point is Sajid Mir, the mastermind of the Mumbai attacks, who is wanted by five countries—India, US, Denmark, Australia and France. However, he continues to be at large in Pakistan. The US country report on terrorism 2019 has also noted this.

The US Department of Justice has also filed a case against Sajid Mir and Abdul Rehman Pasha. Yet, Pakistan has neither arrested not prosecuted Pasha. Although present in Pakistan, his whereabouts are unknown. 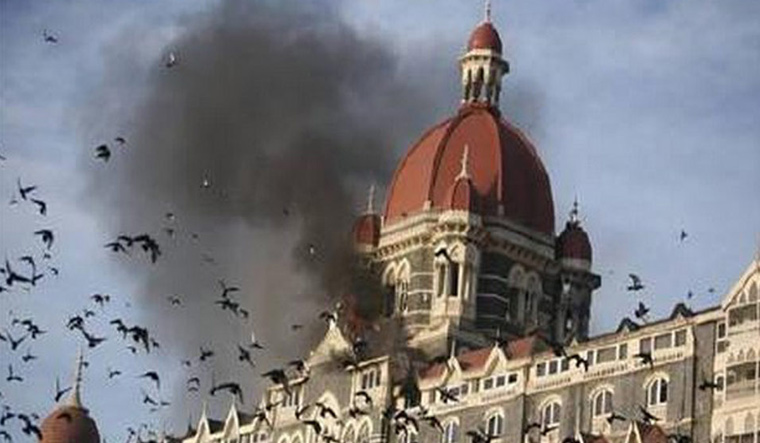 The Taj Hotel up in smoke during the terror attacks | File

Home ministry sources said that in response to Indian dossiers, Pakistan had asked New Delhi to hand Kasab over in order to facilitate the trial of Lashkar-e-Taiba operatives like commander Zaki ur Rehman Lakhvi and six others charged with involvement in the strikes in a Rawalpindi anti-terrorism court.

However, Pakistan has been doing a U-turn on its promises, claiming a lack of evidence—a claim which has only exposed its ill intentions as well as its poor track record in countering terror. Further, in a bid to deflect attention from itself, Pakistan has also been attempting to pass on the heat of international scrutiny to India by trying to raise issues of militancy in Kashmir at various international forums.

India is now hoping that even though the Mumbai terror attack trial in Pakistan seems to have gone off track, active cooperation with the FBI and US state department may help lay hands on Tahawwur Rana. On June 10, 2020, the Pakistani-origin Canadian businessman was re-arrested in Los Angeles on an extradition request by India.

If Rana is extradited to India, the NIA is hoping to get fresh ammunition against Pakistan in the form of additional evidence and statement to take the trial forward by putting Islamabad on a tighter leash to take action in the Mumbai terror attack case.