"Congress and its leaders, in their hatred for Modi, has turned anti-India," said BJP 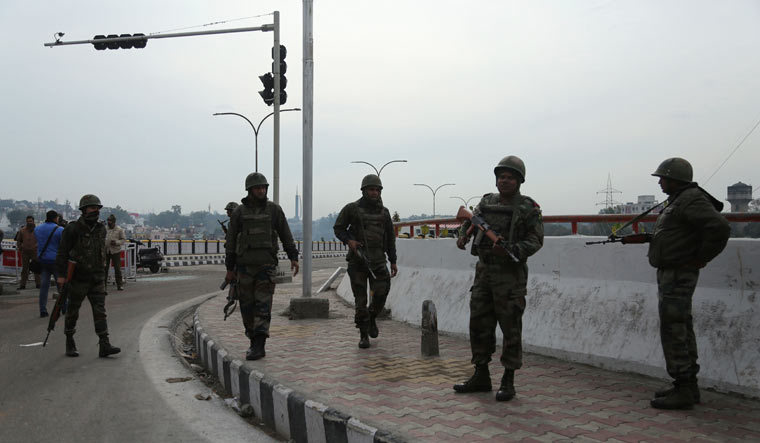 On Thursday, senior Pakistani minister Fawad Chaudhry made a massive admission: Pakistan was responsible for the Pulwama terrorist attack that killed 40 CRPF personnel and brought the two countries to the brink of a war. Speaking in the country's national assembly, the minister dubbed the attack a success of people of Pakistan under the leadership of Imran Khan. "Humne Hindustan ko ghus ke maara [We hit India in their home]. Our success in Pulwama, is a success of the people under the leadership of Imran Khan. You and us are all part of that success," he was quoted as saying.

Post the admission, BJP trained its guns on the opposition, saying the statement has exposed the Congress and its leaders who have turned anti-India in their hatred for Prime Minister Narendra Modi. The BJP's national spokesperson Sambit Patra said, "Terrorism anywhere in the world has its roots in Pakistan. But, it is an irony that Rahul Gandhi and his associates from Congress party termed the Pulwama attack as a match fixing between Prime Minister Narendra Modi and Imran Khan. This exposes that Congress and its leaders in their hatred for Modi has turned anti-India."

Echoing similar sentiments, BJP's national IT in-charge Amit Malviya in a tweet, said, "Fawad Hussein, minister in Imran Khan's cabinet admits Pulwama was Pakistan's doing and credited Imran's leadership. Now, one needs to ask the likes of Arvind Kejriwal, Rahul Gandhi, Farooq Abdullah, Mamata Banerjee, Ramgopal Yadav and others who spoke for the Pakistanis". Malviya tagged his tweet with news reports about leaders of opposition parties questioning the timing of Pulwama attack, months ahead of Lok Sabha elections and whom it will benefit.

Chaudhry had later told NDTV that he was misinterpreted. "My statement is very clear. It was about Operation Swift Resort that we undertook after India dared to enter into Pakistan territory on Balakot. I was talking about the post-Pulwama operation that Pakistan undertook," he said.