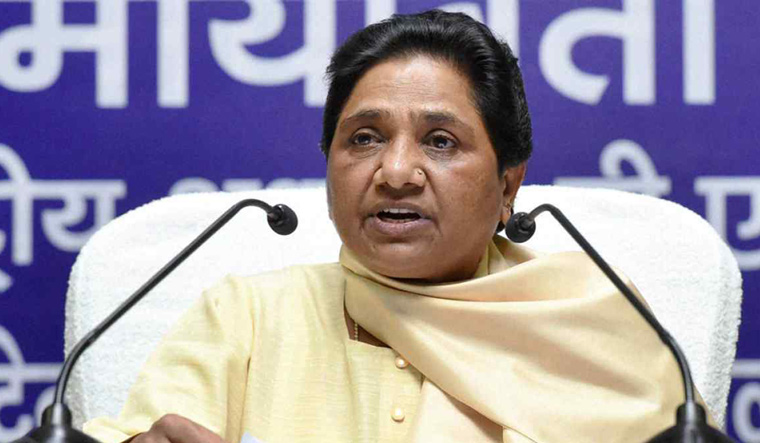 Seven BSP MLAs, who were suspended by party president Mayawati on Thursday, said they have no plans to join any other party.

"It is the prerogative of the party president to take whatever action she feels is right but we are not joining any other party," Aslam Raini, one of the rebels, told reporters here.

The legislators are said to have held a meeting in Lucknow following the announcement of their suspension on Thursday morning. They had opposed the nomination of party's official candidate Ramji Gautam for the elections to the Rajya Sabha.

In a jolt to the BSP on Wednesday, six party MLAs reportedly met Samajwadi Party chief Akhilesh Yadav and later threw hints that they may switch sides.

Four of the group of rebels also filed an affidavit, saying their signatures on the party candidate Gautam's nomination for the Rajya Sabha polls had been "forged".

The move turned out to be futile with the Returning Officer still accepting Gautam's nomination as the Bahujan Samaj Party candidate for the November 9 biennial elections for the 10 Uttar Pradesh seats that are falling vacant.

Another rebel, Hakim Lal Bind, said, "She is our leader and her decision is acceptable and welcomed . We have been suspended and not expelled. We are MLAs for 15 more months . Whom we have to meet -- Mayawati, the BJP or the Samajwadi Party -- only time will tell."

Bind denied having met SP chief Akhilesh Yadav, and said that he and the others had not signed on the nomination papers and therefore, they opposed by giving an affidavit .

Asked if they will be taking legal action for misuse of their signatures, Bind said that they will act only if BSP takes any such action against them.

Another rebel, Sushma Patel, who had accepted that she met Akhilesh Yadav on Wednesday, said that meeting any leader in politics is not a crime.

"I have not violated any whip nor cross voted . I have no plans to join any party," she said.

Rejecting allegations of accepting allurements from independent nominee Prakash Bajaj, BSP rebel Chaudhary Aslam Ali, said that on the contrary, some of the BSP leaders have benefitted from the present government.

Expressing regret, he said that among others, he was not taken into confidence about how party candidate Ramji Gautam would win the Rajya Sabha seat without the requisite number.

Meanwhile Prakash Bajaj , whose nomination papers as independent candidate were rejected by the returning officer, met SP president Akhilesh Yadav. He termed it a courtesy meeting to thank the SP leader for support.

Bajaj who filed his papers as an independent candidate was supported by the Samajwadi Party.

Bajaj, who claimed that he will approach the court against the rejection of nomination papers, said that all aspects are being legally evaluated and action will be taken accordingly.

Admitting that there had been some minor lapses in his nomination papers, he said that those, however, could not be the basis of rejection and claimed it had been done in an illegal manner.

"In fact I had filed two set of nominations, while the RO said that only one set is present. We have proof of it," he added.