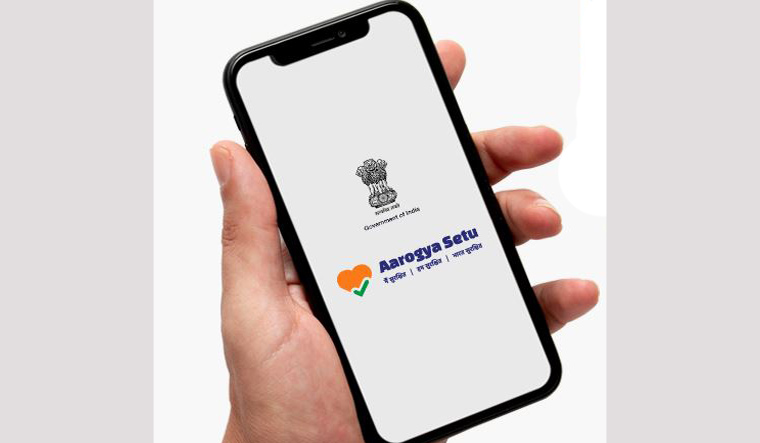 The National Informatics Centre (NIC), in collaboration with volunteers from industry and academia, developed the Aarogya Setu application, the Union government said on Wednesday, hours after reports about an RTI reply on who created the mobile app sparked off a controversy.

“Aarogya Setu app has been developed in the most transparent manner and all details and documents including Privacy Policy and AarogyaSetu Data Access & Knowledge Sharing Protocols issued on 11th May 2020 has been uploaded on the AarogyaSetu Portal,” the Ministry of Electronics and Information Technology (Meity) said in a statement.

It said the portal has all details about the app including those regarding how the app works, COVID updates and why one should use Aarogya Setu.

Earlier, the ministry and the NIC had said they did not have any information about the "creation" of the Aarogya Setu app promoted by the government to contain the spread of COVID 19, responses termed as "preposterous" by the Central Information Commission.

The transparency panel issued a show cause notice to the NIC to explain why a penalty under the Right to Information (RTI) Act not be slapped on it for "prima facie obstruction of information and providing an evasive reply".

The CIC has directed Chief Public Information Officers (CPIOs) of the ministry, the National e-Governance Division and the NIC to appear before it on November 20.

“The app has been developed in a collaborative effort of government and private sector,” the ministry said, adding that it has been downloaded by more than 16.23 crore users and has greatly augmented the efforts of front line health workers in the fight against COVID-19.

Some activists and organisations had raised doubts about the use of Aarogya Setu app when it was launched in absence of personal data protection law and alleged that it could lead to surveillance of masses by the government.

The government, thereafter, came up with detailed guidelines to prevent misuse of Aarogya Setu app.

The ministry said that the app was developed in a record time of around 21 days to respond to the exigencies of the pandemic with lockdown restrictions, only for the objective of building a "Made in India" contact-tracing app with the best of Indian minds from industry, academia and government, working round the clock to build a robust, scalable and secure app.