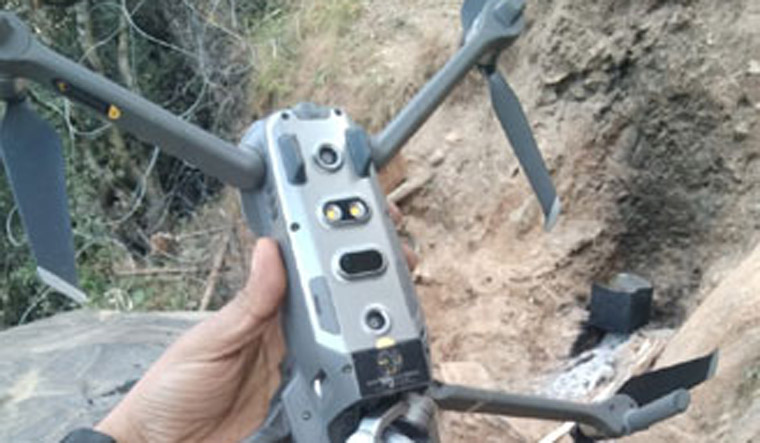 A Pakistan Army quadcopter was shot down by the Indian Army in Jammu and Kashmir’s Kupwara district on Saturday.

According to news agency ANI, the quadcopter, designed by Chinese firm DJI Mavic 2, was shot down along the Line of Control (LoC) in Keran sector around 8AM on Saturday.

"Indian Army troops shot down a Pakistan Army quadcopter around 8AM today along Line of Control in Keran sector of Jammu and Kashmir. The Pakistani quadcopter made by Chinese company DJI Mavic 2 Pro model was shot down while it was flying over own position there," ANI quoted an Army official as saying.

The Army has been high alert against the attempts by Pakistan to infiltrate militants into the country and carry out attacks against Indian position.

A few days ago, Army chief General Naravane was quoted as saying that “Pakistan is not letting up on its nefarious design of pushing as many terrorists as they can before the onset of winters." He had asserted that India's counter-terrorist and counter-infiltration grid is dynamic and effective, evident from the number of terrorists neutralised and infiltration attempts foiled.

October 14, a suspected Border Action Team action bid was foiled in the Tangdhar sector after the Army troops observed a few intruders trying to sneak into a forward post.